Guidelines for Borrowers of Objects for Exhibition

Policies for Hazardous and Sensitive Materials 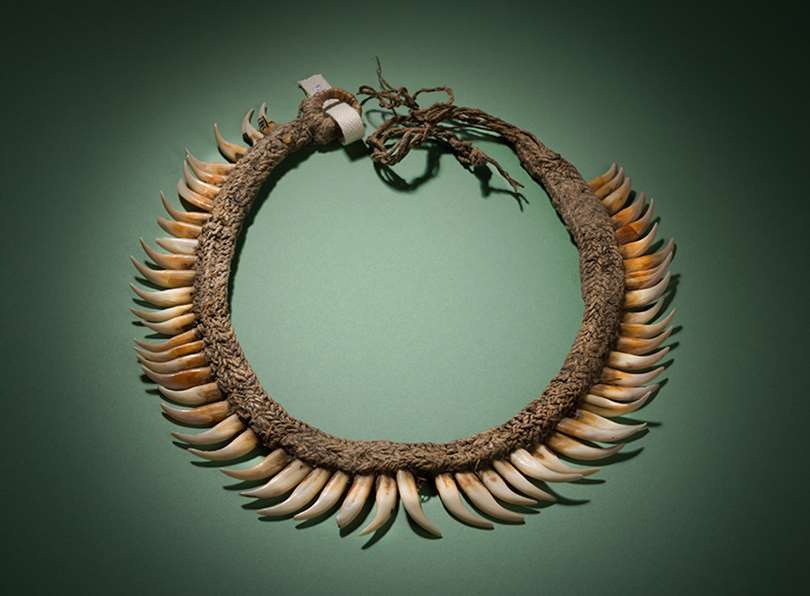 This collection represents the crafts, arts, traditions, beliefs, and practices of living cultures around the world

African collections. The 1,500 African objects center on Botswana, which was the Denver Museum of Nature & Science’s zoological-ecological field collecting area in the late 1960s. Culture unit collections of some 400 objects represent a virtual cultural inventory of mid-20th-century lifeways of Botswana’s San (best represented), Bantu, Tswana, Herero, Hambukushu, Bayei, and Basubiya peoples. A secondary collecting focus is the Democratic Republic of the Congo with 187 field-collected objects from the Ndengese, Luba, Kuba, Songe, and several other cultures.

Oceanic and Australian collections. About 700 objects make up this smallest and perhaps most diverse Denver Museum of Nature & Science ethnology holding. It illustrates the main materials, technologies, forms, and designs used during the early to mid-20th century by the peoples of Pacific Ocean islands from Hawaii to Papua New Guinea and the continent of Australia. 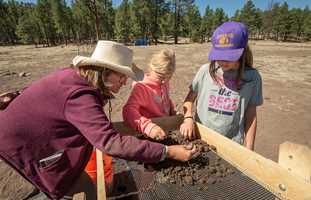 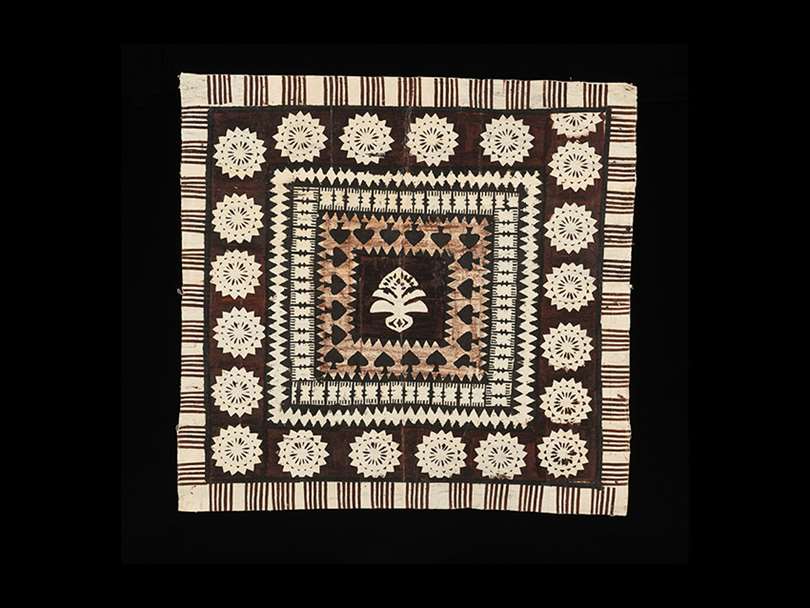 Anthropology Collections at the Denver Museum of Nature & Science

The hectic front of the Denver Museum of Nature & Science hides an unseen back of the Museum that is also bustling. Less than 1% of the Museum’s collections are on display at any given time, and the Department of Anthropology alone cares for more than 50,000 objects from every corner of the globe, objects that are not normally available to the public. This lavishly illustrated book presents and celebrates the Denver Museum of Nature & Science’s exceptional anthropology collections for the first time.

The book presents 123 full-color images to highlight the Museum’s cultural treasures. Selected for their individual beauty, historic value, and cultural meaning, these objects connect different places, times, and people. From the mammoth hunters of the Plains to the first American pioneer settlers to the flourishing Hispanic and Asian diasporas in downtown Denver, the Rocky Mountain region has been home to a breathtaking array of cultures. Many objects tell this story of the Rocky Mountains’ fascinating and complex past whereas others serve to bring enigmatic corners of the globe to modern-day Denver.

Crossroads of Culture serves as a behind-the-scenes tour of the Museum’s anthropology collections. All of the royalties from this publication will benefit the collections of the Denver Museum of Nature & Science’s Department of Anthropology. 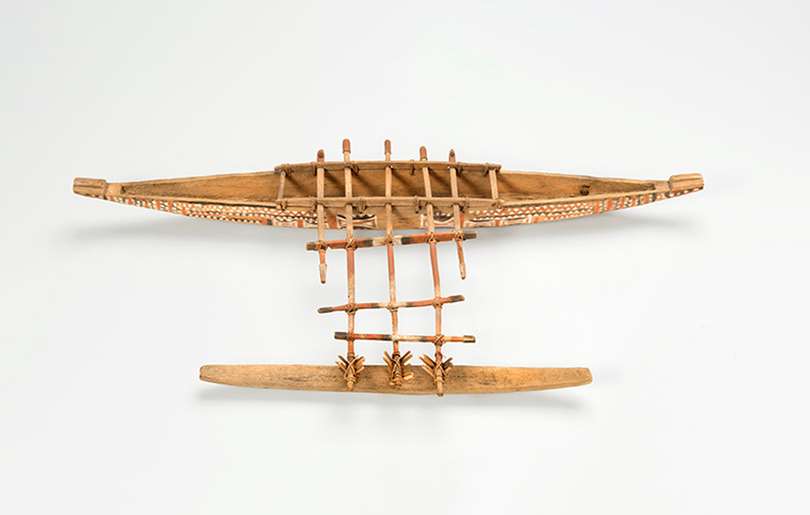 The Oceanic collection at the Denver Museum of Nature & Science is one of the smallest collections contained within the Museum’s world ethnology collection, yet it is perhaps one of the largest regional collections of Oceanic materials in the Rocky Mountains—second only to the Denver Art Museum.

This article provides the first in-depth look at this collection through an accession-based approach of describing the objects, peoples, and histories found within it. In using the concepts of (re)discovery and wayfinding as material culture research methods, this paper presents a “voyage” through the Oceanic collection facilitated by collections-based and archival research.

The essay ends by reflecting on the Department of Anthropology’s mission statement to curate “the best understood and most ethically held anthropology collection in North America” and on how this statement can be promulgated through further research on the Oceanic collection, as well as future partnerships with diasporic Pacific Islander communities living in Colorado. 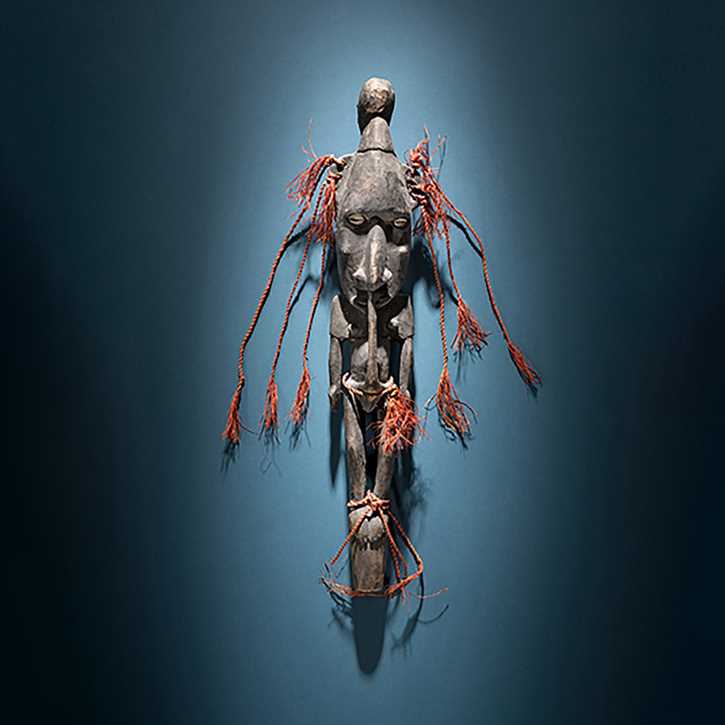 The Department of Anthropology welcomes inquiries from the general public. Please do not bring the object(s) to the Museum because non-curatorial staff are not able to accept anthropology materials for review. If you have a question about an object in your care, please consult the instructions for Specimen Identification Requests and Donations. Your inquiry will then be passed along to the appropriate curator for consideration.

Research visits to the anthropology collections require approval through the Anthropology Department and at least two weeks’ notice to coordinate a time. Please note that visitation and work schedules for the collections staff and curators tend to fill up two months in advance, so more lead time is preferable. Visits will be arranged during regular public hours, Monday through Friday, 9 a.m. to 5 p.m.  Please fill out the General Access Request Form for consideration.

More than 50,000 objects constitute the anthropology collections. As recently described in the book Crossroads of Culture, the collection is mainly comprised of archaeological and ethnological artifacts from North America. The department also curates collections from Central and South America, Africa, Asia, and Oceania. Additional holdings include the 800-piece ethnological art collection and archival photographs and documents. The department is fully committed to compliance with the 1990 Native American Graves Protection and Repatriation Act (NAGPRA) and all other national and international laws that impact anthropological objects.

The department acquires new items for the collections if the appropriate curator determines the objects fit within the specifications of the Long-Term Collections and Research Plan. The majority of new acquisitions are through donation because acquisition funds are severely limited. If you have a question regarding a potential donation, please email the Collections Manager photos of the object along with a basic description including information on how, when, and where you acquired the object(s). This information will then be passed along to the appropriate curator for consideration.

The department reviews requests for loans from the collections on a case-by-case basis. Please review our Guidelines for Borrowers. Please note that due to the various steps required to complete loan requests, the department requests at least four months between initial contact and the loan start date. There is no set fee for loans; however, there may be costs associated with conservation work, formal appraisals, object packing, and transport.