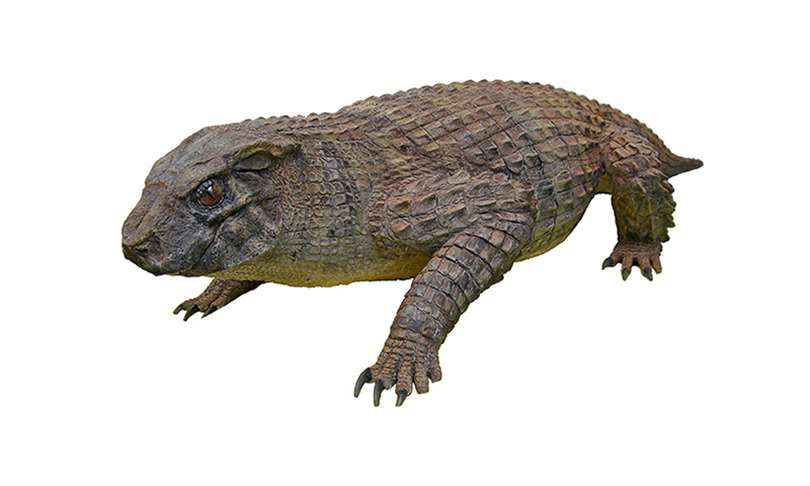 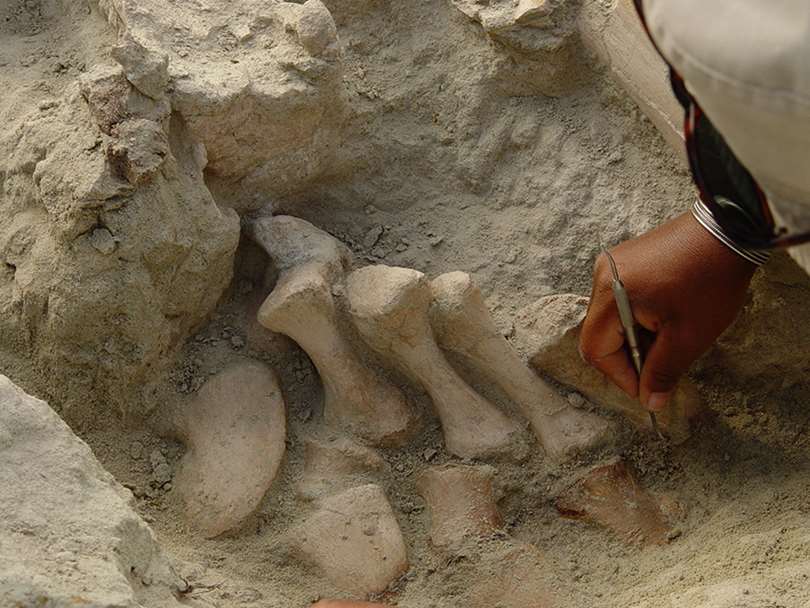 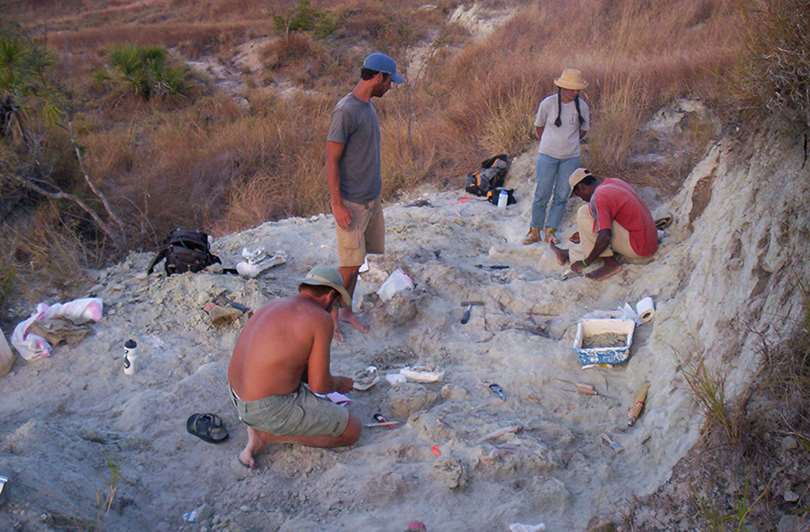 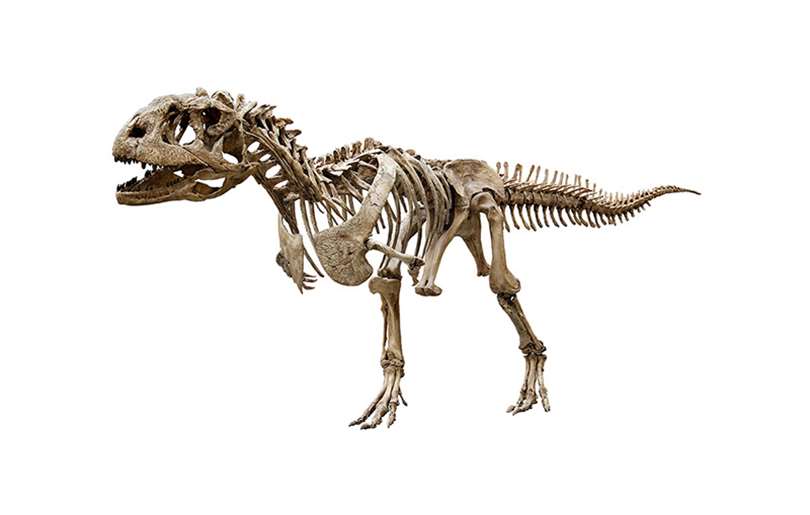 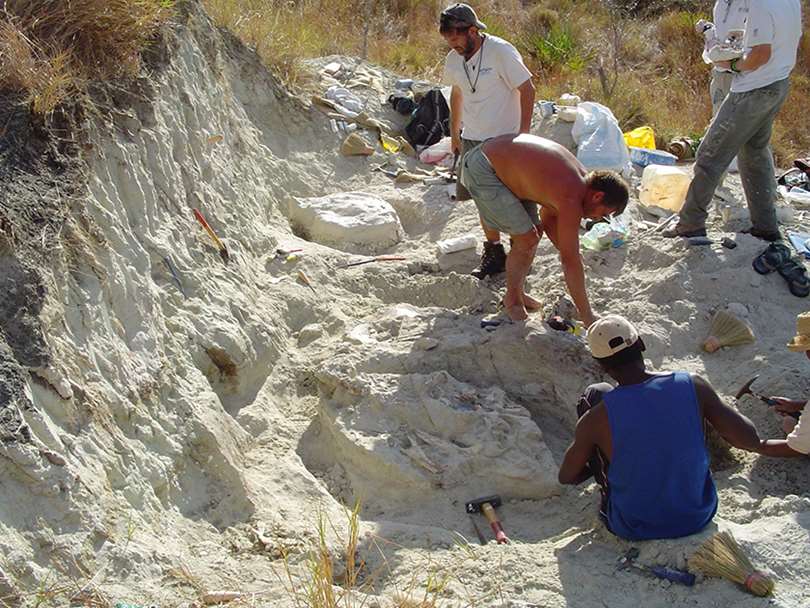 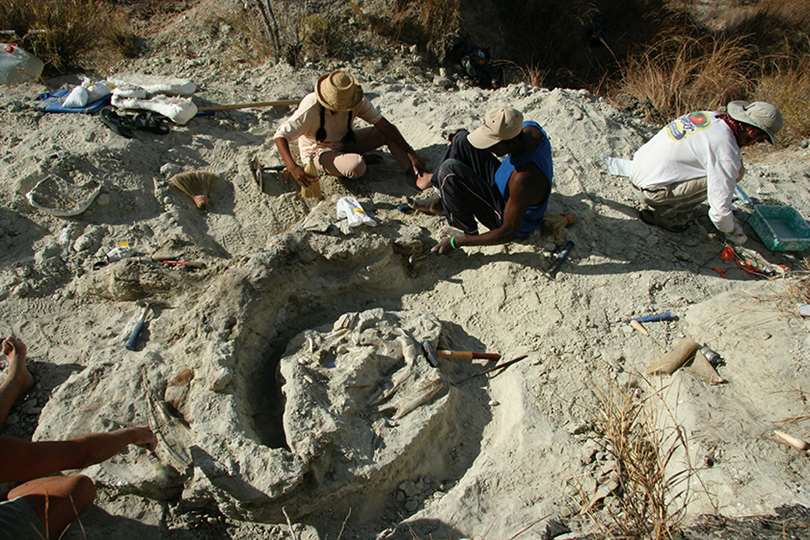 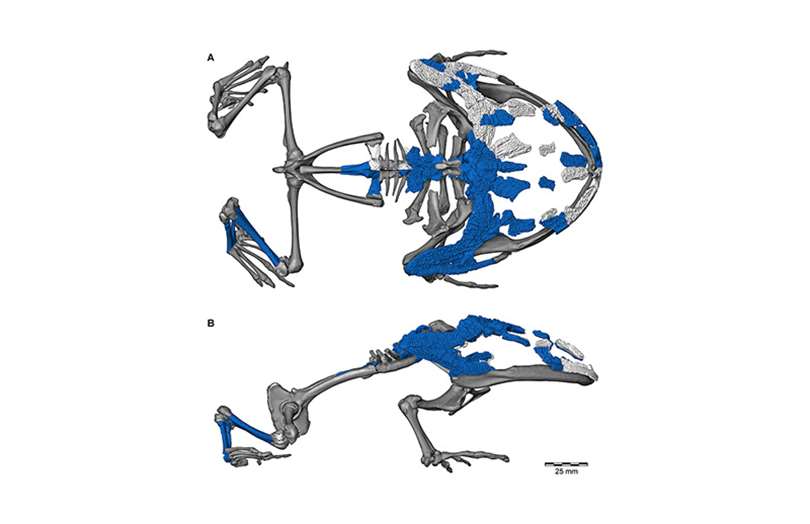 The Mahajanga Basin Project (MBP), initiated in 1993, is centered in the large depositional basin located in northwestern Madagascar. We have focused on the Maevarano Formation and developed four major study areas named Berivotra, Lac Kinkony, Masiakakoho, and Befandrama. The most fossiliferous, by far, is the Berivotra Study Area, from which we have recovered approximately 20,000 specimens and 50 taxa of fishes, frogs, turtles, lizards, snakes, crocodyliforms, pterosaurs, non-avian dinosaurs, birds, and mammals. Many of the specimens are articulated and complete, with excellent preservation, occasionally including not just bones and teeth but relatively soft tissues such as keratin and cartilage. Many of the specimens reveal unusual and even unique anatomical structures, likely the result of evolution in isolation, since Madagascar has been an island isolated in the Indian Ocean for ~88 million years. Most of the specimens have been recovered from the Anembalemba Member, but important additions to the Late Cretaceous fauna of Madagascar have been made from the Lac Kinkony, Masorobe, and Miadana members as well. A strong effort has been made to employ a variety of collecting methods—surface prospecting, quarrying, screening (both wet and dry)—in an attempt to sample the entire vertebrate fauna.

Madagascar is one of the very poorest countries in the world. In the course of paleontological fieldwork, our interactions with the children (“ankizy” in the Malagasy language) living in remote areas demonstrated a great need for both education and health care. There are no schools in many of these areas, and the vast majority of children have never been seen by a doctor or dentist. Many times, children whom we have gotten to know quite well suffer and die from easily treatable illnesses and are not there when we return on the next expedition. We felt we could help.

In 1998, we formed the Madagascar Ankizy Fund (MAF); its mission is to provide education and health care for these children. Four primary schools have been built, a system whereby students can receive secondary education in city schools has been established, an orphanage has been renovated, many wells have been dug, water filters and mosquito nets have been distributed, health care teams from Stony Brook University (SBU) have conducted several medical and dental missions, sister-institution status between SBU’s School of Dental Medicine and the only dental school in Madagascar has been established, and a program through which used and surplus hospital equipment and supplies are shipped from hospitals on Long Island to those in Madagascar has been initiated.

MAF is administered through the Stony Brook Foundation, a 501(c)(3) not-for-profit education corporation.

The Mahajanga Basin Project (MBP), since its inception in 1993, has been conducted jointly with the University of Antananarivo. Our discoveries, most of them in the Maevarano Formation near the village of Berivotra in northwestern Madagascar, have established the island as having some of the most complete and scientifically significant specimens of Late Cretaceous vertebrate animals from the southern hemisphere and, indeed, the world. These discoveries have more than quintupled the previously known diversity of Late Cretaceous vertebrates from Madagascar and now include the remains of approximately 50 species of bony fishes, frogs, turtles, lizards, snakes, crocodyliforms, non-avian dinosaurs, birds, and mammals. Many of the specimens recovered represent species that are new to science, and many of the higher taxa represented are the first documented occurrences for the pre-Late Pleistocene of Madagascar. Other records represent the only known occurrences from Madagascar, fossil or recent (e.g., rays, sawsharks, albuloids, lepisosteids among fishes, ceratophyrines among frogs, and gondwanatheres and marsupials among mammals). Finally, some of the higher taxa represented constitute first records from the Late Cretaceous of large portions of the southern supercontinent Gondwana (e.g., sawsharks, frogs, lizards, birds, marsupials).

Research on these various discoveries has provided, and continues to provide, important information on the anatomy, habits, and relationships of many taxa, documentation of the geological structure and history of the Mahajanga Basin, key insights into the biogeographic origins of both the extinct and extant vertebrate faunas of the island, and crucial new implications for the plate tectonic history of Gondwana during the Mesozoic Era. It is during the latter half of this era that Gondwana began to fragment, with dramatic consequences for its terrestrial and freshwater vertebrate fauna. Madagascar is of unusually high paleobiogeographic interest and intrigue because: (1) it occupied a somewhat central geographic position within Gondwana and was among the first, and last, landmasses to be involved in fragmentation of the supercontinent; (2) it has been isolated from all other Gondwanan landmasses for over 85 million years; (3) it has a highly endemic and imbalanced extant biota whose biogeographic origins remain one of the greatest unsolved mysteries of natural history; and (4) its fossil record of terrestrial and freshwater vertebrates is extremely sparse. 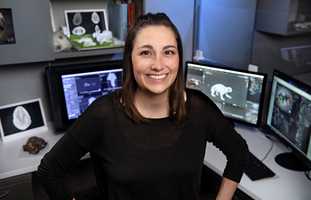