The discovery of this opossum-sized mammal that lived among dinosaurs and massive crocodiles on the fourth largest island on Earth was announced in the journal Nature.

In evolutionary terms, islands are the stuff of weirdness. It is on islands where animals evolve in isolation, often for millions of years, with different food sources, competitors, predators, and parasites…indeed, different everything compared to mainland species. As a result, they develop into different shapes and sizes and evolve into new species that, given enough time, spawn yet more new species. Such is the case with the discovery of a new, bizarre 66-million-old mammal in Madagascar by a team of international researchers led by Dr. David Krause, senior curator of vertebrate paleontology at the Denver Museum of Nature & Science. The finding of the new mammal, called Adalatherium, which is translated from the Malagasy and Greek languages and means “crazy beast,” is based on a nearly complete skeleton that is astoundingly well preserved. The skeleton is the most complete for any Mesozoic mammal yet discovered in the southern hemisphere. Krause said that, “knowing what we know about the skeletal anatomy of all living and extinct mammals, it is difficult to imagine that a mammal like Adalatherium could have evolved; it bends and even breaks a lot of rules.” In fact, although a life-like reconstruction might lead one to think that Adalatherium was a run-of-the-mill badger, its “normality” is literally only skin deep. Below the surface, its skeleton is nothing short of “outlandish.” It has primitive features in its snout region (like a septomaxilla bone) that hadn’t been seen for a hundred million years in the lineage leading to modern mammals. 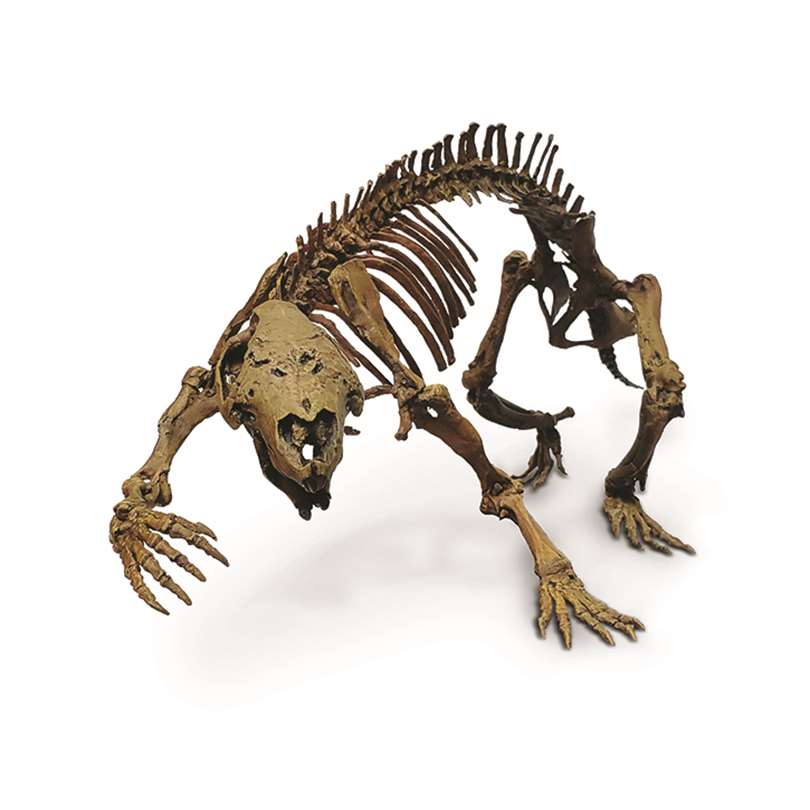 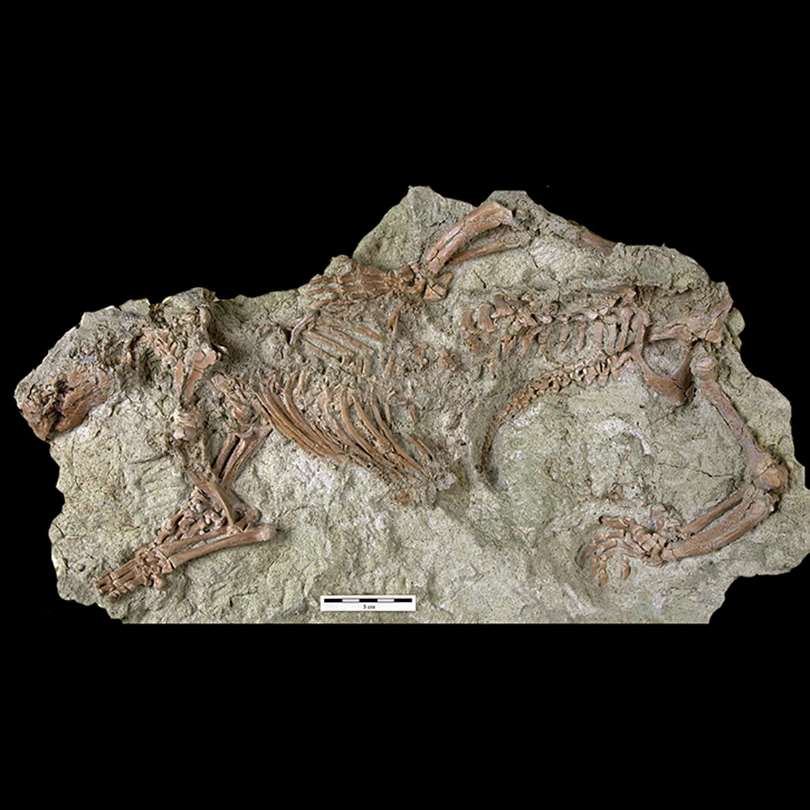 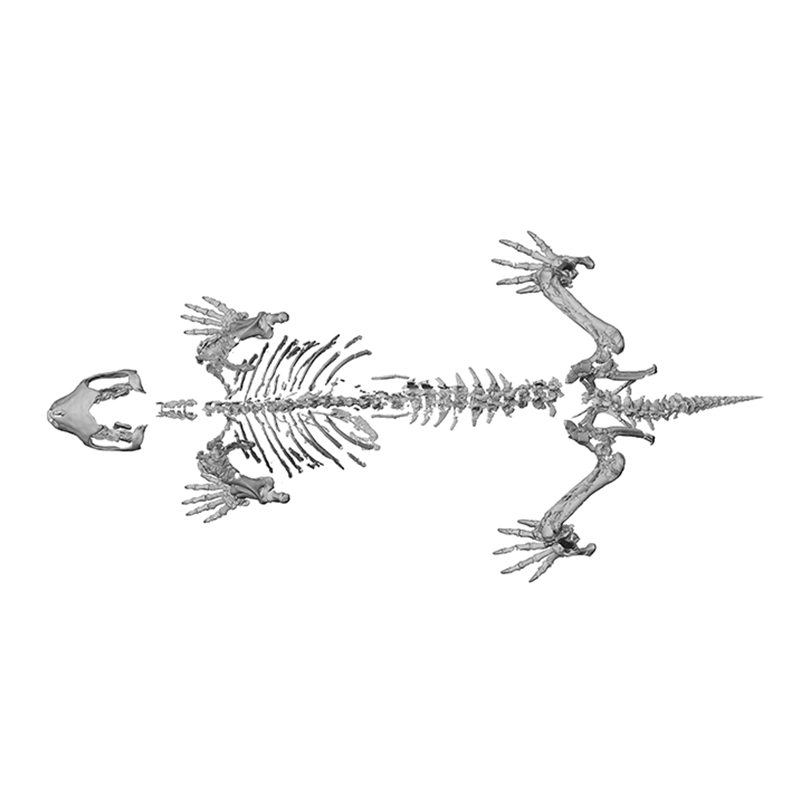 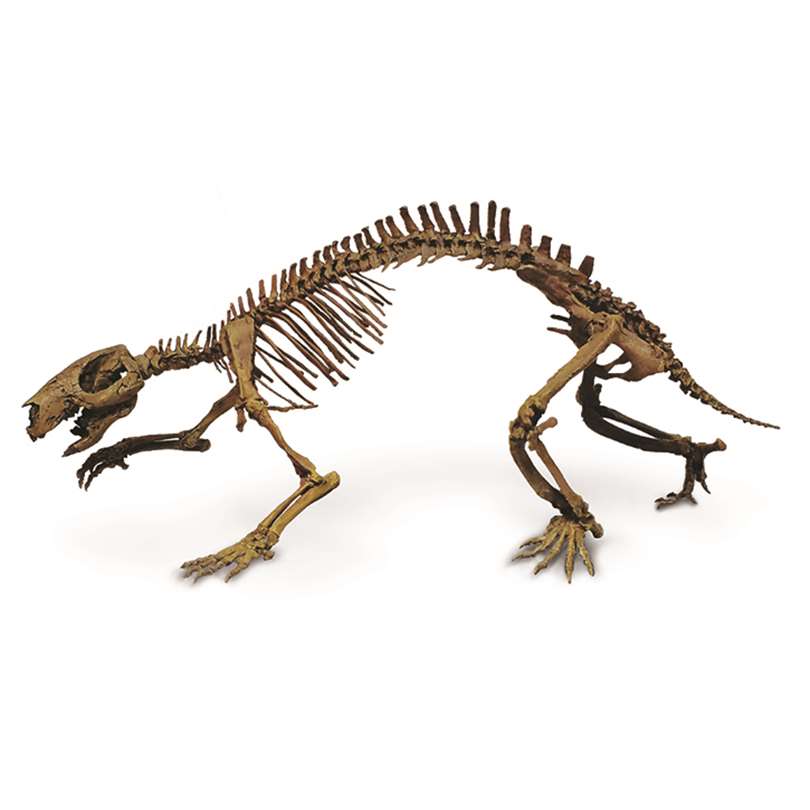 Adalatherium had more holes (foramina) on its face than any known mammal, holes that served as passageways for nerves and blood vessels supplying a very sensitive snout that was covered with whiskers. And there is one very large hole on the top of its snout for which there is just no parallel in any known mammal, living or extinct.

The teeth of Adalatherium are vastly different in construction than any known mammal. Its backbone had more vertebrae than any Mesozoic mammal and one of its leg bones was strangely curved.

About the size of a Virginia opossum, Adalatherium was also unusual in that it was very large for its day; most mammals that lived alongside dinosaurs were much smaller, mouse-sized on average.

The Oddest of Oddballs

Adalatherium belongs to an extinct group of mammals called gondwanatherians because they are only known from the ancient southern supercontinent of Gondwana. Gondwanatherian fossils were first found in Argentina in the 1980s but have since also been found in Africa, India, the Antarctic Peninsula, and Madagascar. Gondwanatherians were first thought to be related to modern-day sloths, anteaters, and armadillos but “now are known to have been part of a grand evolutionary experiment, doing their own thing, an experiment that failed and was snuffed out in the Eocene, about 45 million years ago,” Krause explained.

Prior to the discovery of the nearly complete skeleton of Adalatherium, gondwanatherians were only known from isolated teeth and jaw fragments, with the exception of a cranium from Madagascar described by Krause and his team in 2014.

The completeness and excellent preservation of the skeleton of Adalatherium opens up new windows into what gondwanatherians looked like and how they lived, but the bizarre features still have the scientific team guessing.

As Krause’s primary collaborator, Simone Hoffmann of the New York Institute of Technology, put it, “Adalatherium is the oddest of oddballs. Trying to figure out how it moved is nearly impossible because, for instance, its front end is telling us a different story than its back end.” The research team is still uncovering clues but thinks that, although Adalatherium might have been a powerful digging animal, it was also capable of running and potentially even had other forms of locomotion.

Important Piece of the Puzzle 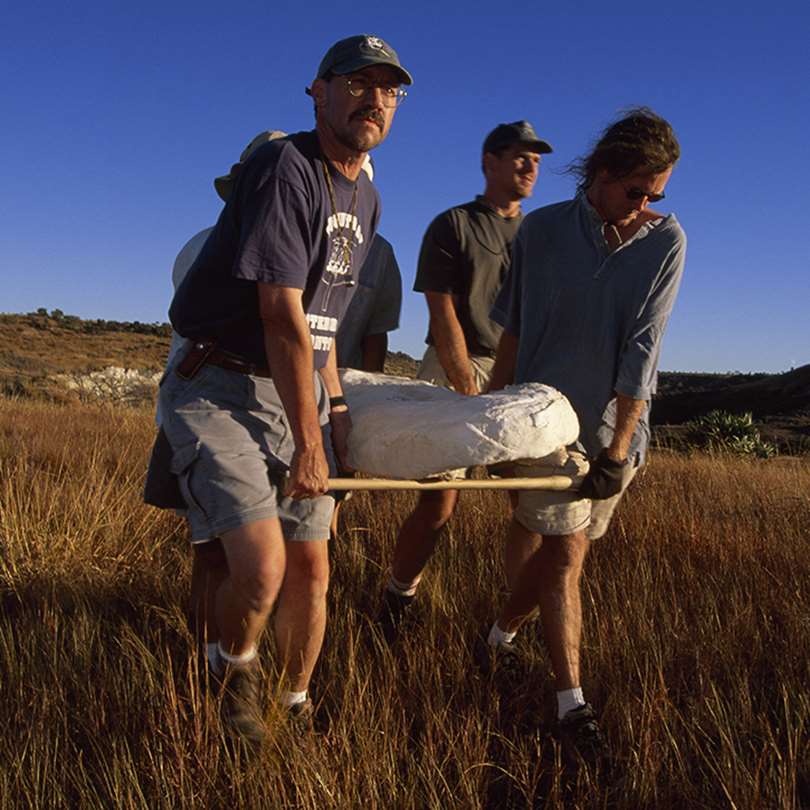 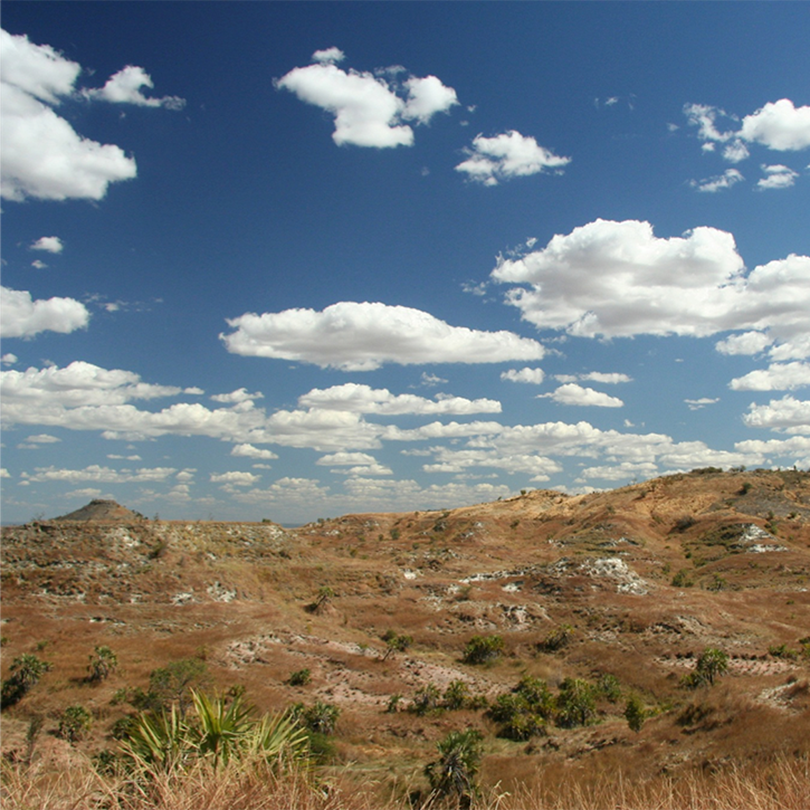 The fossil record of early mammals from the northern hemisphere is roughly an order of magnitude better than from the south.

“Adalatherium is just one piece, but an important piece, in a very large puzzle on early mammalian evolution in the southern hemisphere,” Krause noted. “Unfortunately, most of the pieces are still missing.”

More than anything, this discovery underscores to the researchers how much more remains to be learned by making new discoveries of early mammals in Madagascar and other parts of the former Gondwana.

The new Adalatherium mammal is just the latest of a series of bizarre back-boned animals discovered by Krause and his research team on Madagascar over the past 25 years.  Earlier discoveries have included a giant, armored, predatory frog (Beelzebufo), a pug-nosed, vegetarian crocodile (Simosuchus), and a small, buck-toothed dinosaur (Masiakasaurus).

The island itself is today filled with animals (and plants) found nowhere else on the planet, including hissing cockroaches, giraffe weevils, tomato frogs, Satanic leaf-tailed geckos, panther chameleons, and streaked tenrecs to name a few. And, of course, there is the signature group of mammals – lemurs – made famous in the animated “Madagascar” movies.  Only a few thousand years ago, the Madagascar fauna also included 1400-pound elephant birds, gorilla-sized lemurs, and pygmy hippopotamuses.

Everything we now know about the island's biota, past and present, confirms what was stated by an early visitor to the island, French naturalist Philibert Commerson, who wrote in 1771 that 'Madagascar is the naturalist's promised land. There you meet bizarre and marvelous forms at every step.

An international team of scientists led by David Krause, senior curator of vertebrate paleontology, have discovered a new fossil mammal, Adalatherium hui, from the island of Madagascar. First published in the prestigious scientific journal Nature, this new mammal is represented by an articulated and well-preserved skeleton, the most complete for any mammal from the entire Mesozoic of the southern hemisphere. Adalatherium, which literally means "crazy beast," belongs to a lesser known group of mammals called gondwanatherians that previously were represented by only a single skull and isolated jaws and teeth. The skeleton has many features that are uniquely bizarre, consistent with a history of isolation on the island of Madagascar for over 20 million years.