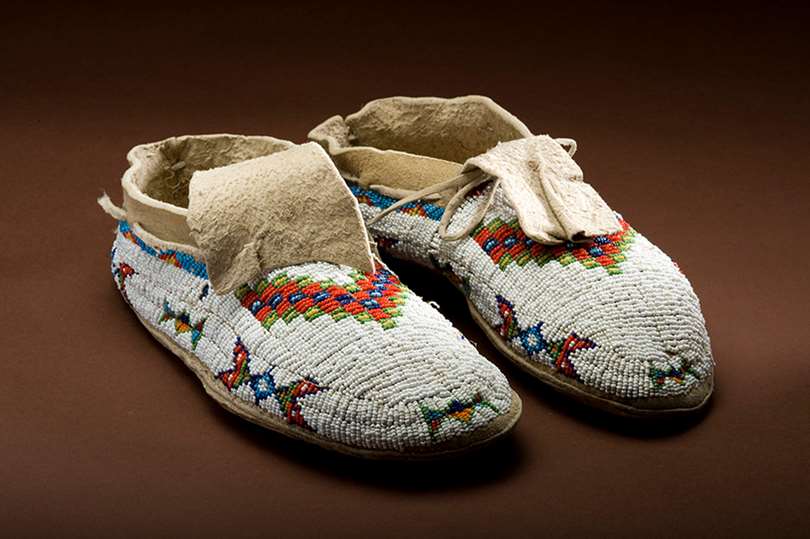 This is a pair of Ute moccasins. These may have belonged to the well-known Ute leader Sapiah, also known as Buckskin Charlie. A sworn affidavit from L.T. Britt attests to collecting these shoes directly from Charlie. Buckskin Charlie succeeded Chief Ouray as chief of the Southern Utes from 1880 until his death in 1936 at the age of 96. The style and colors suggest these moccasins were made around 1920. They have a heavy, rawhide sole with a very thick buckskin upper, possibly elk hide. The style of beadwork is called lazy stitch, but the term is misleading; each individual bead is threaded and tacked down in small beaded rows that make up each lane. It requires a lot of perseverance and precision!