Wooden Plaque of the Oba of Benin 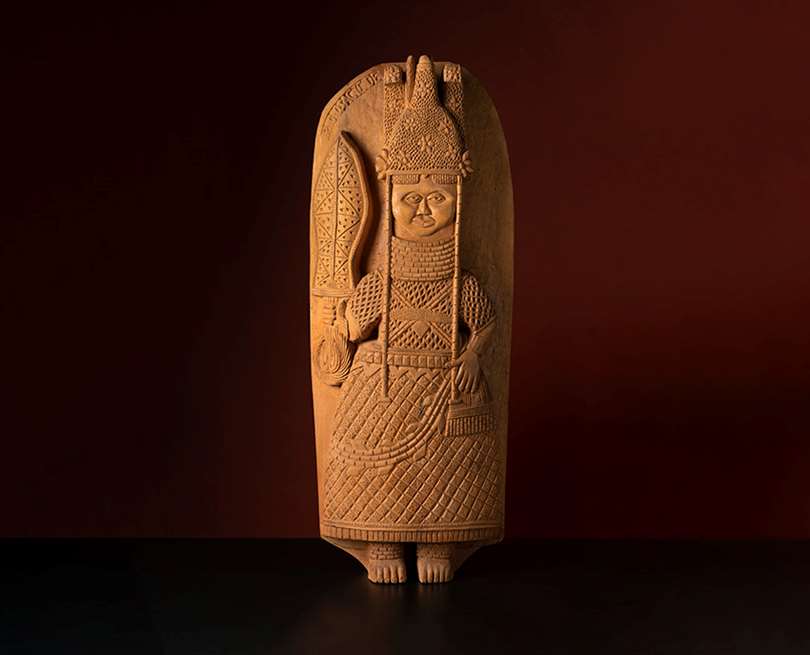 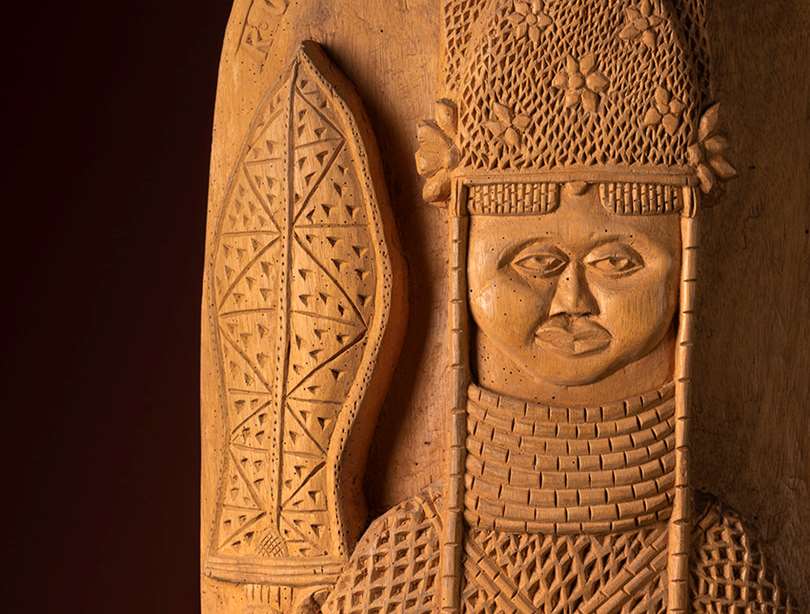 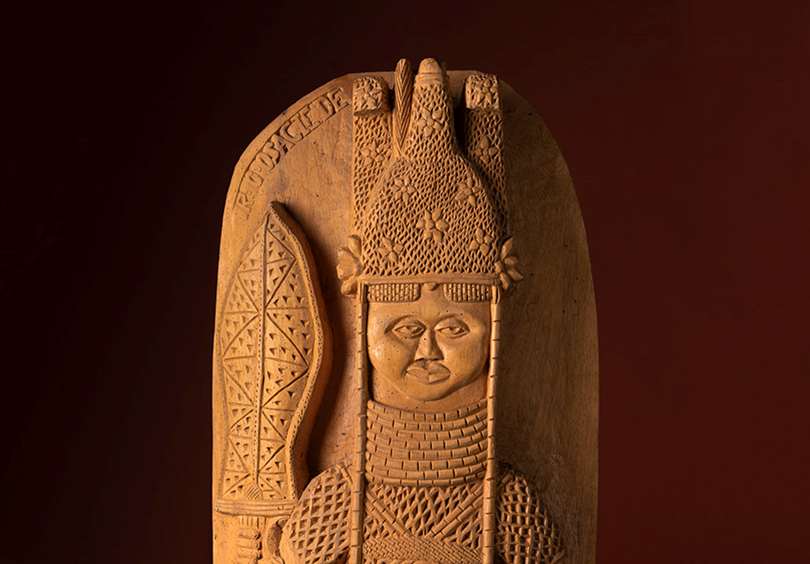 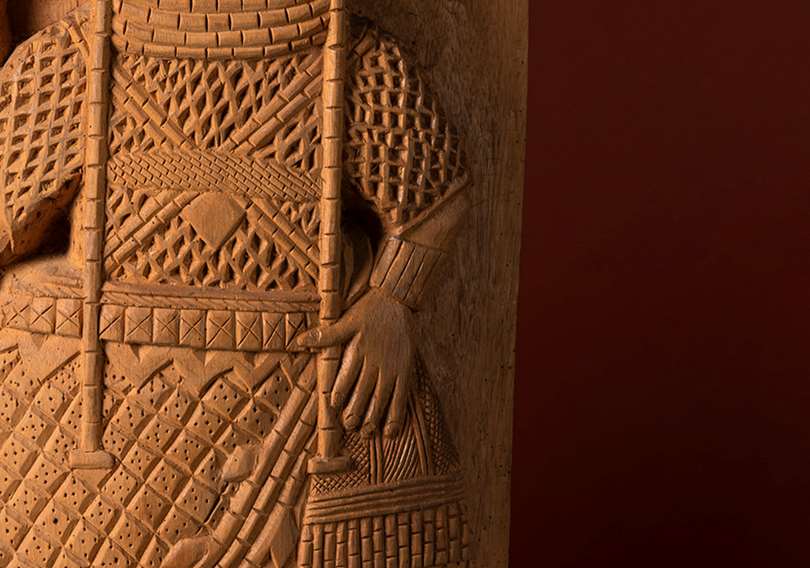 This carving is a beautiful art piece made by R.O. Osagiede, an Igbo man living in southern Nigeria in the 1960s.  The subject is the Oba of Benin, Akenzua II, who ruled from 1933-1978.  The Oba is the traditional ruler of the Edo people in the Kingdom of Benin, a kingdom in southwest Nigeria active from roughly the 12th century until colonization.  The Edo’s traditions, including the cultural significance of the Oba, have remained significant to the people of Nigeria despite the attempts by colonial powers to destroy them.

This is one of only a few pieces in the African collection where we can name the artist.  In Western museums and galleries African objects are often reduced to a description that includes the culture only, erasing the individual artists’ contributions.  This piece was donated by a woman who volunteered with USAID in the 1960s and taught art is southern Nigeria.  Her collection features a few objects that seem to be different from other “traditional” objects, which leads us to believe she was purchasing things from her students and other artists in the area.  While we don’t have much information about Mr. Osagiede, it is significant that we are able to put his name on this object.  It is important to learn as much as we can about the people who created the objects in the collection and remember that these objects are more than just the function they served in the community.  They are representations of artistic creativity, cultural significance and historical perspective that help us see a more comprehensive picture of the people who made and used them.