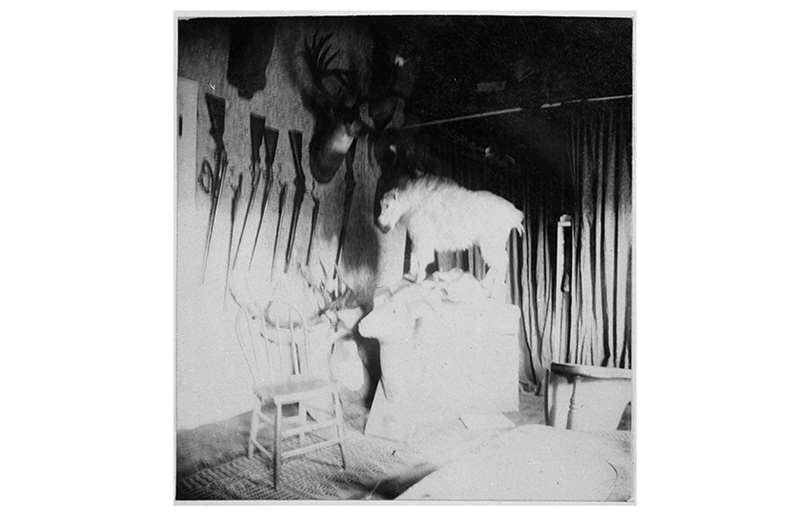 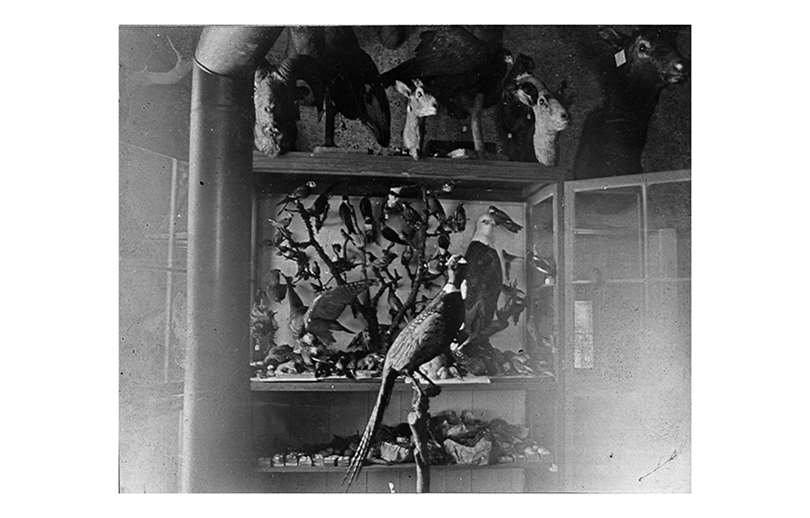 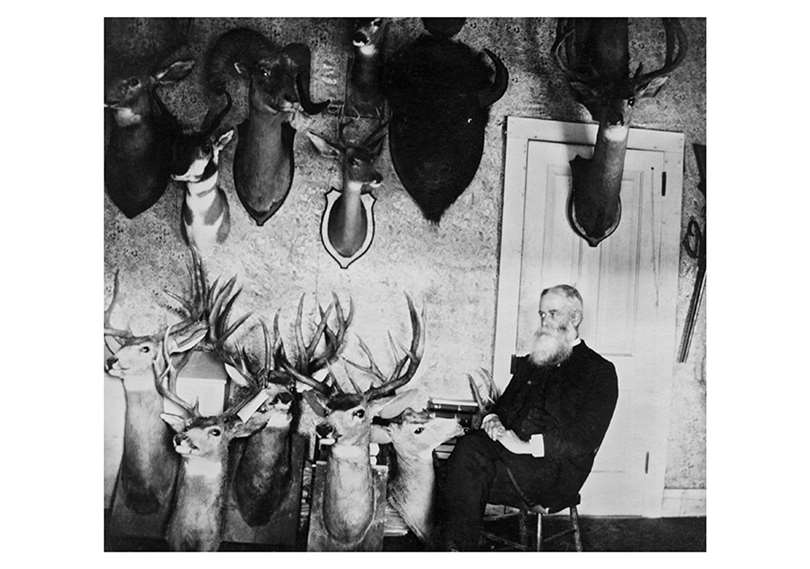 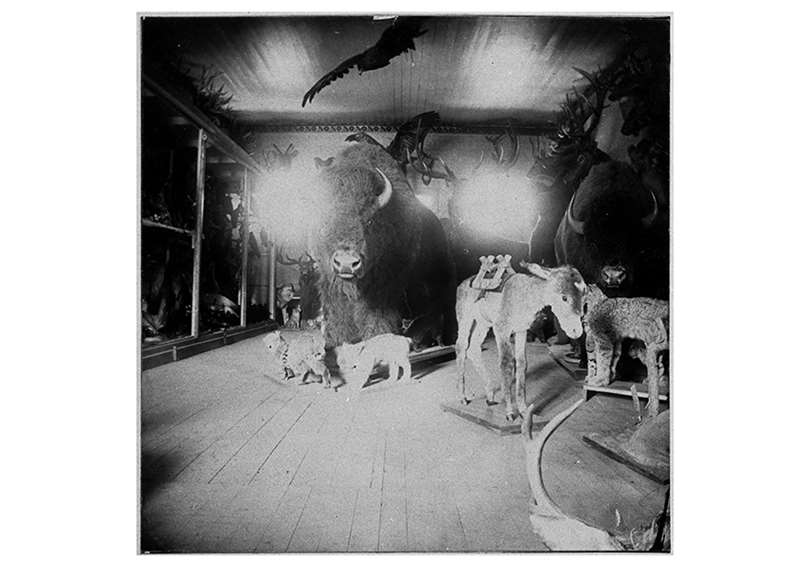 These photos from the Image Archives show the cabin where Edwin Carter originally housed many of the specimens that became the founding collection of the Museum.

The first collections of specimens that make up what is now the Denver Museum of Nature & Science were actually established well before the founding of the institution in 1900.

Edwin Carter (1830–1900) came to Colorado during the 1859 Pikes Peak gold rush and had modest success. He retired several years later, settled in a tiny cabin in Breckenridge in 1868, and pursued his passion for natural history, particularly the study of birds and mammals. Carter was a wholehearted collector, as one historian has written:

“Edwin Carter found such joy in collecting that he too structured his life and work around it. The prospecting and tanning that filled his summers played second fiddle to the wintertime pleasures of tramping through the woods, observing, tracking, and taking game. Accompanied by a burro and his dog, Bismark, who pulled a small sled with food and supplies, the tall, thin miner roamed the hills in snowshoes, watching the small movements of the birds in trees and the way the snow dropped from the branches when brushed by scurrying animals. Carter could scan the horizon for hours, looking for any sudden motion in the trees or grass. Once he located an animal or bird, he watched even more closely. Each spring, for weeks on end, he would take his field glasses and lie in the sage studying the strutting of sage-grouse on parade, to memorize their movements.”

Carter’s interest in nature turned to concern as he observed dwindling numbers of mammals and birds, owing largely to habitat destruction and overhunting. Period photographs of Colorado’s mining districts show a landscape largely denuded of vegetation. By the 1870s, Carter noted that many animal species were becoming scarce. The state’s forests were being devastated, ranches and farms were replacing open prairie, and some species, including the last native bison in Colorado, were on the verge of extinction. Carter started collecting the native birds and mammals to record what was being lost.

Carter preserved these specimens as study skins and body mounts, most of which Carter prepared or mounted in a shed by his log cabin on the placer claim he owned below Breckenridge, Colorado, refining a boyhood acquaintance with taxidermy gained from an old Scottish Highlands gamekeeper in New York.

Click here to learn more about the Edwin Carter and the founding of the Museum: DMNS Annals 4: Zoology