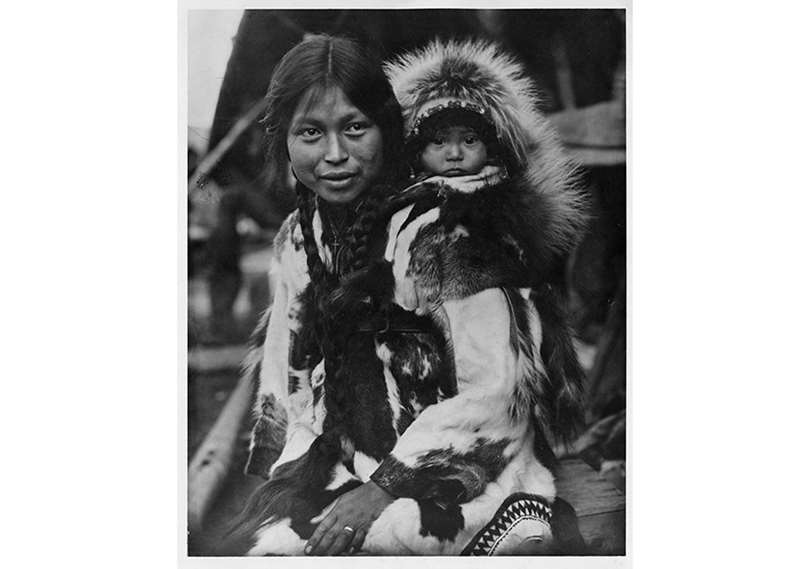 The Museum’s director Alfred M. Bailey spend two years in Arctic Alaska in the early 1920s, where he met S. W. Scarborough, who gave him this photograph. Handwritten on the back of one print:

“Photo of King Island woman and child taken by S. W. Scarborough and given to me at Nome in 1922 as Scarborough was seeing me off on the freighter ‘Cordova’ after my 18 months in the Arctic. The original hangs in my office in the Denver Museum of Natural History. Scarborough had made a trip north with Joe Bernard on the ‘Teddy Bear’ to rescue four people put on Wrangel Is. off Siberia in summer of 1921 by Stefannson; as a result he wrote an article "The voyage that failed." The following summer Scarborough lost his life in the Arctic—his small gas boat was crushed by ice—and the cairn was recovered in 1925 by Chas. Brower, with a more than 60 page journal of his life in the North from 1884 to 1922—in which I learned of Scarborough’s fate. [signed] Alfred M. Bailey Sept 2, 1973”