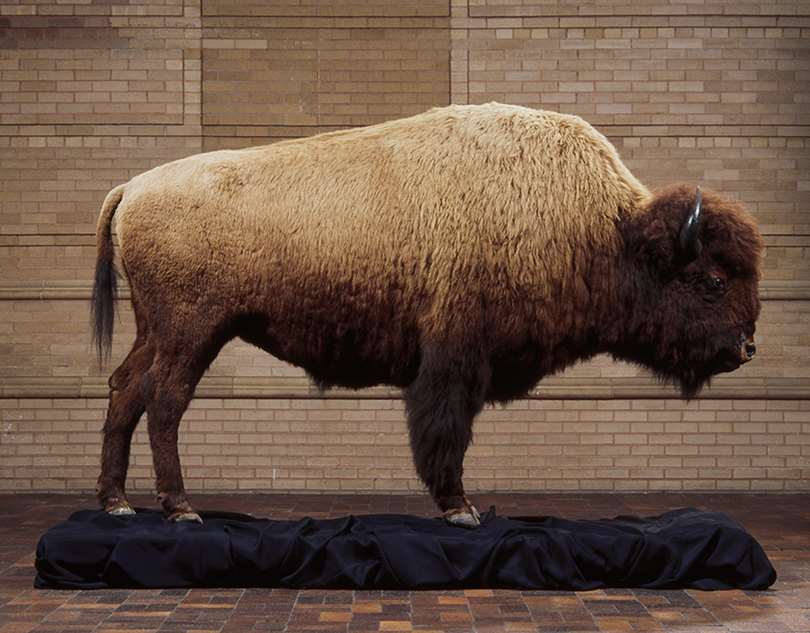 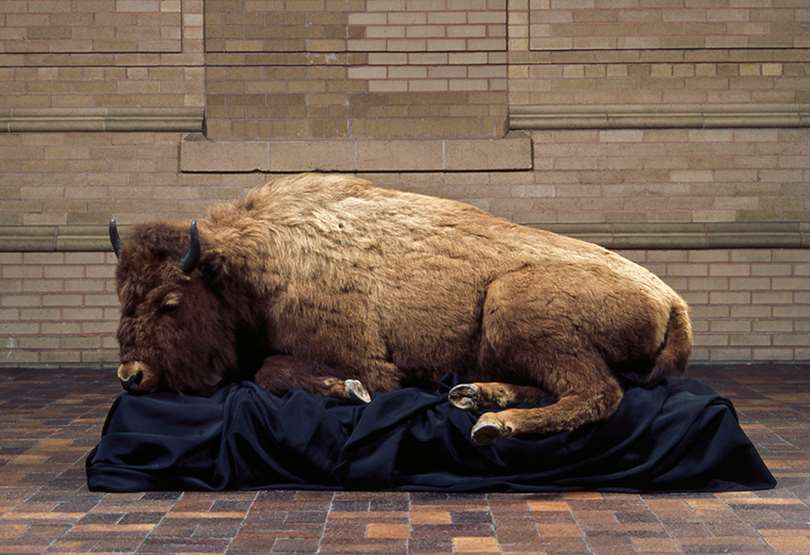 Bison were once found throughout much of Colorado, including high elevation basins such as South Park. These bison are from the Edwin Carter Collection, one of the Museum’s founding collections, and were the first mammals to be cataloged by the Museum.  Collected at 11,000 feet in late 1872 at the head of Rock Creek in Lost Park, in the northeast of South Park, they represent some of the last wild bison in Colorado as bison were extirpated in Colorado by the 1890s. Originally described in 1933 as Bison bison hanningtoni, they were on public display until 1993 but are now housed in the Avenir Collections Center. Given their age, they are in remarkable condition and only somewhat faded after almost 150 years.