"Unseen Oceans" is included with Museum general admission. No additional ticket is needed to enter the exhibition.

Submerge yourself in the mysterious and spectacular aquatic world in “Unseen Oceans.” This captivating exhibition will make you feel as if you’re on another planet! You’ll discover the ocean’s best-kept secrets, including alien-like creatures, glow in the dark fish and other spectacular ocean life through movies, videos and exhibits. A video game allows you to drive a submersible just like real ocean scientists and explore the different species living in the ocean. Create your own mountains, bays, rivers and beaches with the interactive sandbox projector. Push buttons and reveal the way some fish glow in the dark and learn all about the ways in which humans impact the oceans. 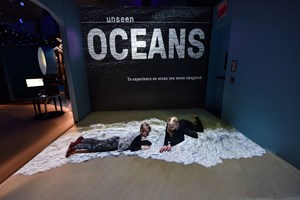 In “Unseen Oceans,” you will explore a series of media-rich galleries showcasing a range of marine environments and introducing the scientists who are using cutting-edge research tools and developing new methods to explore the oceans. How do blue whales spend their day? High-tech, removable tags on their backs provide the answer. What’s going on in the deep waters surrounding Hawai`i? Hint: Advanced sonar reveals a new island is set to emerge—in more than 100,000 years. How can we identify the best locations for marine protected areas? Fleets of small autonomous robots may offer important clues. “Unseen Oceans” offers answers to these exciting questions and highlights other lines of inquiry that ocean researchers have only recently uncovered. 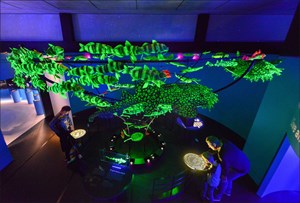 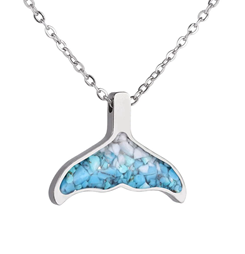 Dive into our latest collection created specially for "Unseen Oceans" from the Museum Shop.

Shop the Collection
Back To Top