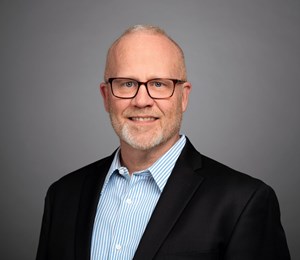 For Executive Chef Patrick Hartnett, cooking is a passion, the sublime details of selecting the freshest ingredients that compliment each other, creating taste sensations that will live long in your memory, assembling a dish into a thing of beauty, and creating food that-gives a sense of comfort and well-being.

His culinary style ranges from New World to European, with influences from, the American Southwest, Mexico and the Caribbean: Combining consciously prepared foods, original flair and a little mystery, he transforms common and uncommon elements into delicacies one has never quite tasted before.

Patrick started cooking at the age of 14 competing in national high school trials where he ranked top of the nation for his techniques and presentations. He went on to attend culinary school in Dallas where he learned classical French techniques and was greatly influenced by working with "The Gang of Five", especially Ann Lindsey Greer and Richard Chamberlain, who were in the midst of creating "Southwest" style cuisine. He learned from them the importance of balancing exciting flavors into creative and harmonious dishes. Patrick continued his culinary quest in Europe where he completed a stage at an Italian Osteria. And, upon returning to the states, he held Corporate and Executive Chef positions in Pittsburgh and at Copper Mountain Resort in Colorado.

In New Mexico Chef Patrick worked with Mark Miller & Martin Rios in Santa Fe where he opened the Buffalo Thunder Resort and Red Sage. While working with Miller, Patrick learned the importance of using chilies and southwest ingredients from the master.

After leaving New Mexico Chef Patrick Hartnett returned to Colorado to open Katchina at the Westin Hotel in Westminster. He then finally has landed at the Denver Museum of Nature & science where he is now the Food & Beverage Director. Now he can use his nearly 40 years of experience to heighten the experience of visitors to the Museum and educate the public on the importance of healthy clean foods and sustainability. 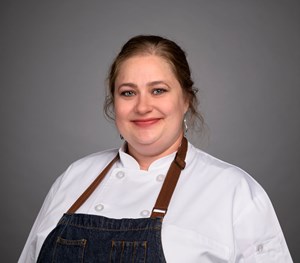 Growing up in Vail, Colorado, Museum Kitchen Manager, Simone Guidry, enjoyed making and sharing meals with loved ones. Every summer while visiting family in Louisiana, she learned a new recipe to bring back home to Colorado. At 15, she got a job with a local caterer in Ft. Collins and was introduced to food prep work and catering functions. Shortly after working there, she knew she had to go to culinary school. Simone knew she wanted to attend Johnson & Wales University and worked diligently to fund her schooling by completing scholarships, selling alpacas, and taking out loans. Simone received an Associates in Applied Science in Culinary Arts and Bachelor of Science in Foodservice Management with Concentration in International Hospitality. While pursuing these degrees, Simone worked for Chef Elise Wiggins at Panzano in Hotel Monaco. There she learned the best buffet presentation skills and pasta recipes, as well as the importance and power of women in the kitchen. Elise was also rooted in Southern Louisiana, which helped Simone utilize, appreciate, and expand on experiences cooking with family down South.

After this, Simone’s mentor pushed her to apply to Ritz-Cartlon, Denver where she was hired as a Cook IV and worked her way up to Chef de Partie. Simone ran the garde manger kitchen there until she decided to transfer to Ritz-Carlton, Grand Cayman. There she worked as Chef de Partie in Seven Restaurant, In-Room Dining, Golf Course, Club Level, Pool and Beach outlets, buffets, cocktail receptions and plated dinners. The mountains and her family brought her back home to Colorado where Simone went to Yoga Teacher Training School. It was not long before she missed the kitchen and found a part-time cook position here at the Museum. Slowly, Simone worked her way up to kitchen manager of the Museum. 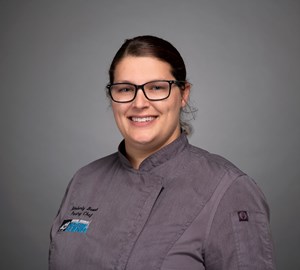 Kimberly Brown became pastry chef at the Museum in 2019 and prides herself on successfully creating a Daily Food Service dessert program that provides many sweet options to Museum guests while also creating revenue for the Museum. Kimberly began her journey at the Museum as an apprentice in 2015, working on both savory and sweet dishes. In 2016 Kimberly assisted in the Chocolate Shop at the Museum’s “Chocolate: The Exhibition” exhibition where she was able to connect with guests and share her love of baking even more. Kimberly attended the American Culinary Federation, Colorado Chefs Association and graduated as a Certified Sous Chef in 2017. She gained experience while working under Christopher Szczeniowski as an assistant. This is where Kimberly learned all of her pastry skills that she generously shares with Museum guests every day. 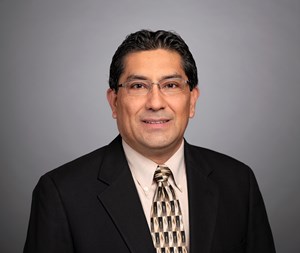 Paul started his carrier in 1991 as banquet setup person at the Westchester Marriott in New York. He worked hard as banquet set up person and soon became a server so he could work as a front of the house employee. Paul's passion for food service began while working as a server. He later moved into a lead server position, and then bartender. In this time, the hotel industry became Paul's world. He enjoyed interacting with people, serving meals, providing customer service and having fun. Paul worked in other hotels as part-time banquet server and bartender, which led him to look for greater challenges and better opportunities.

After working years as house person, server and bartender, Paul became a banquet captain at Stamford Marriott in Connecticut. He worked as a banquet captain for seven years and was able to grow in his craft. Following this, Paul furthered his skills while working as an assistant banquet manager at Trumbull Marriott.

After working as an assistant banquet manager, Paul was eager to learn even more which led him to a position as a banquet manager at the Hilton Stamford Hotel. "My new journey started here, at this wonderful hotel that possess one of the biggest ballrooms in Connecticut." Here, Paul oversaw the daily supervising captains and house persons and planned events from creation to completion.

Paul also worked at the Omni New Haven Hotel as Banquet Manager for six years, but wanted a change in life and better weather, so he came to Denver and joined us at the Denver Museum of Nature & Science. Paul has since been at the Museum for seven years and is very happy to work for the Museum and be part of this wonderful community.