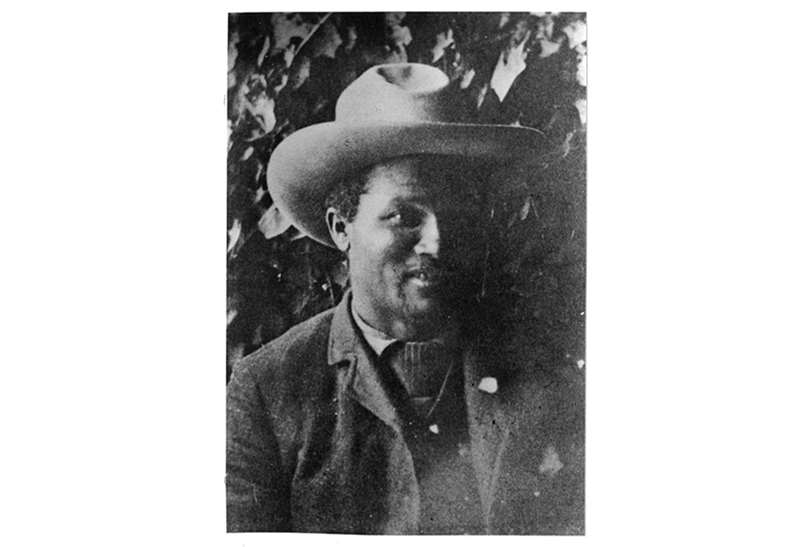 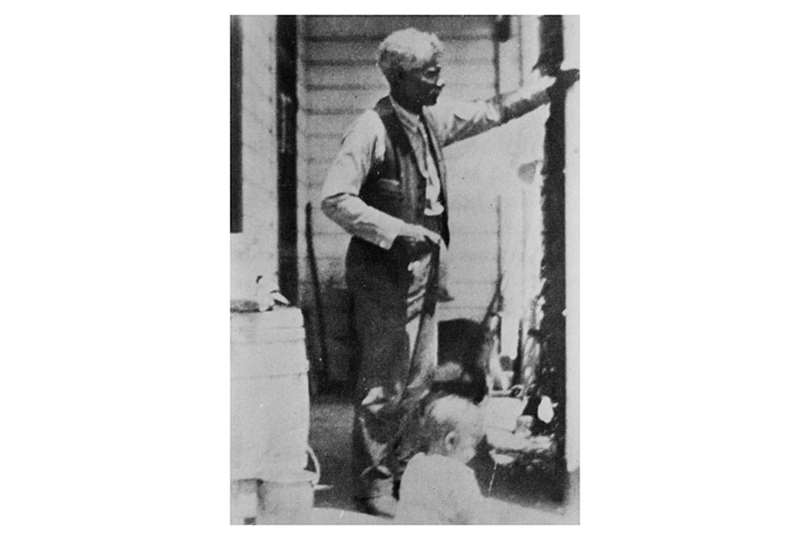 The Museum’s Archives hold three of the only known photos of George McJunkin, an African American cowboy in northeastern New Mexico during the late 19th and early 20th centuries.  He discovered what became known as the Folsom site, an ancient bison bone bed where scientists came to accept the idea that Native Americans lived in North America during the last ice age—thousands of years earlier than most scientists then believed.

George McJunkin was a remarkable man. He was born on January 9, 1851, in eastern Texas. Enslaved until the end of the Civil War, in 1868, he moved to New Mexico to start a new life as a free man and lived there for more than half a century. He was a champion cowboy, an outstanding ranch manager, a self-taught reader and naturalist, and a collector of ancient stone tools, ceramics, animal bones, and other interesting objects he found while working.  In 2019, he was inducted into the Hall of Great Westerners at the National Cowboy and Western Heritage Museum.

It is important to celebrate how McJunkin’s initial discovery and advocacy for the site set in motion the later work that led to the new history of humans who lived during the ice age in North America.