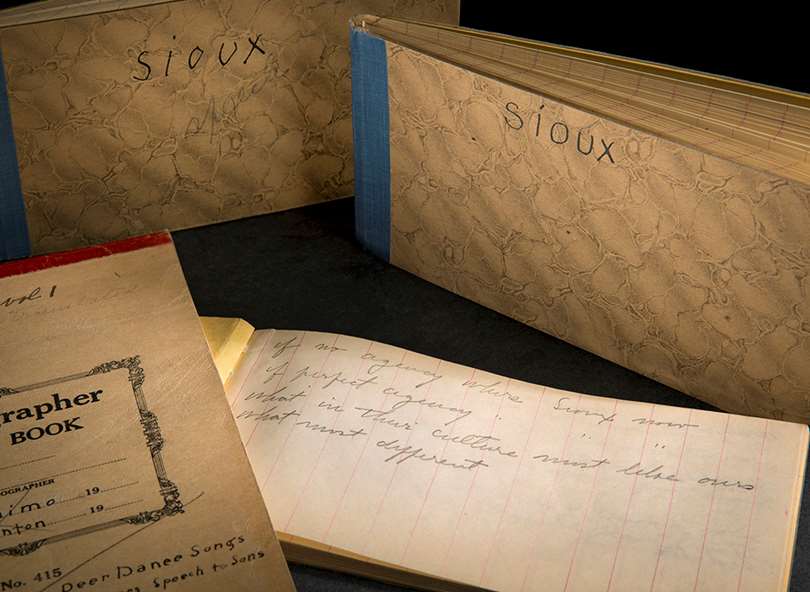 Ruth Underhill was a pioneering anthropologist known for her studies of the Tohono O’odham tribe in Arizona and New Mexico. During the course of her research, she became a trusted partner of the tribe and was one of the first non-natives to describe their customs, songs, and language to the outside world. Among her papers in the Museum archives are notebooks containing her original observations, including the first known phonetic descriptions of the Tohono O’odham language and songs.