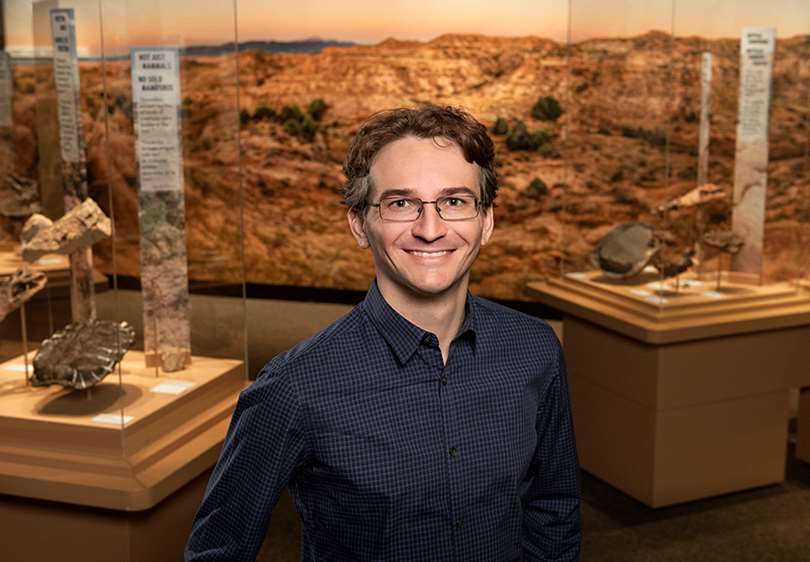 Dr. Petermann is a vertebrate paleontologist who joined the Museum as a postdoctoral fellow working on ecosystem recovery after the dinosaur extinction. For his postdoctoral research, Dr. Petermann relies on 3D-reconstruction of fossil vertebrates, the analysis of leaf morphology and plant diversity, plant and vertebrate taphonomy, and the rock record (sedimentology and stratigraphy).

Born and raised in Dresden, Germany, Dr. Petermann received extensive training as a geologist and mineralogist and as an evolutionary and paleo-biologist before moving to the United States to pursue his doctorate degree. He is especially interested in vertebrate life-history reconstructions and organism-environment interactions, which Dr. Petermann uses to better understand vertebrate paleobiology and paleoecology, reconstruct ancient ecosystems, and for the prediction of plausible reactions of tetrapods to past, present, and future environmental and climate change. To accomplish this, Dr. Petermann studies the ontogeny (life history) of extant and extinct vertebrates and how growth rates, maturation time, and longevity are influenced by abiotic and biotic factors in their natural ecosystems, with an emphasis on the Cenozoic (the time after the dinosaurs).

Another set of research questions that Dr. Petermann is very interested in relates to how bone mineral (Hydroxyapatite) varies across vertebrate clades and what this variability reflects. He is particularly fascinated by the mineral’s ability to incorporate different kations (metals such as calcium, magnesium, and strontium) and anion groups (such as carbonate, fluorine, chlorine) depending on element availability and still be able to produce a durable and stable bone scaffold. Among his other interests are early sauropodomorph paleobiology and evolution, body size evolution in tetrapods, and the origins and early evolution of turtles, archosaurs (crocodiles, dinosaurs, and birds) and lepidosaurs (the Tuatara, snakes, and lizards).

How Old Was that Dinosaur?

How exactly do paleontologists know the age of an individual dinosaur (or any other fossil vertebrate)? Join Dr. Holger Peterman to learn how to be able to quickly tell whether the bones in front of you are from an adult or a juvenile.

Poop. Yeah, we said it...POOP! Talk poop with our collections team as they relate images of recent track/scat findings to collection pieces and discuss just why poop is so important.