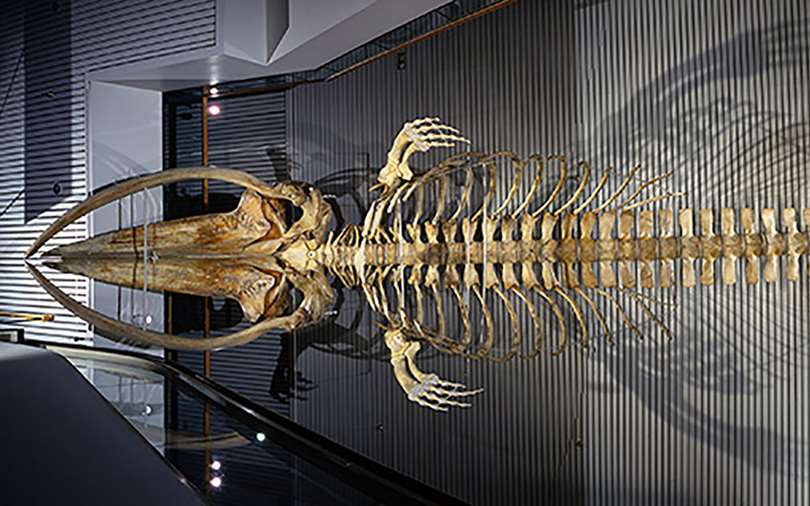 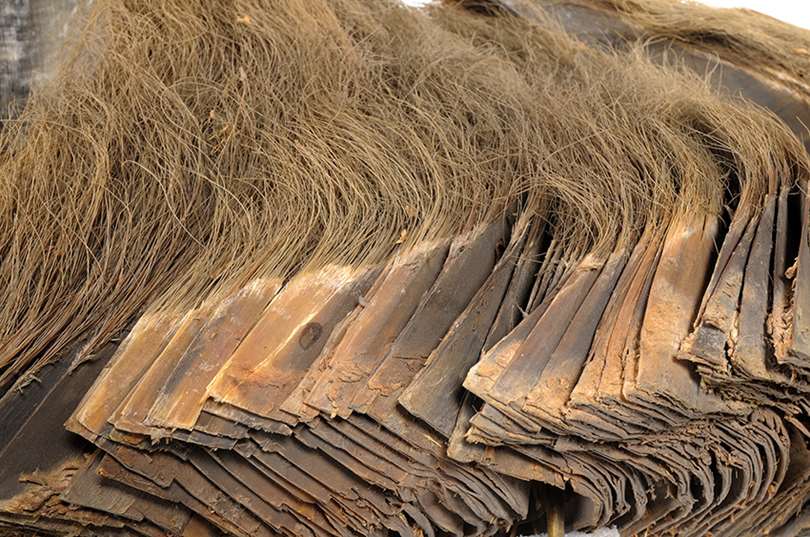 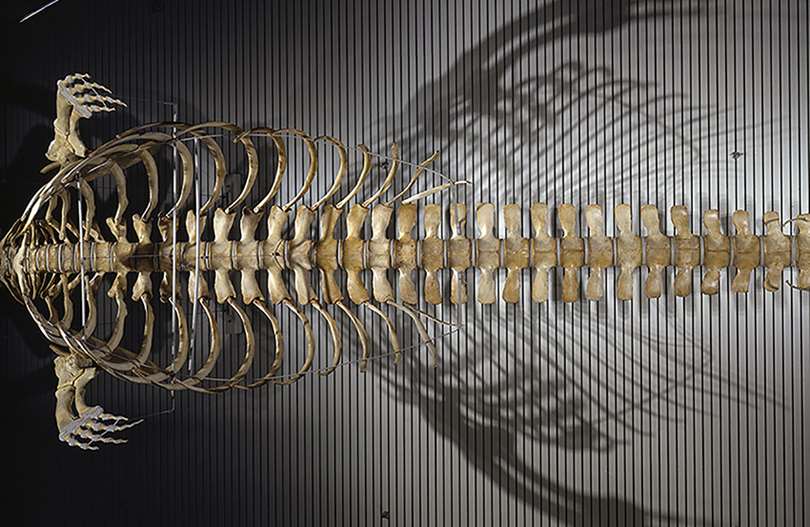 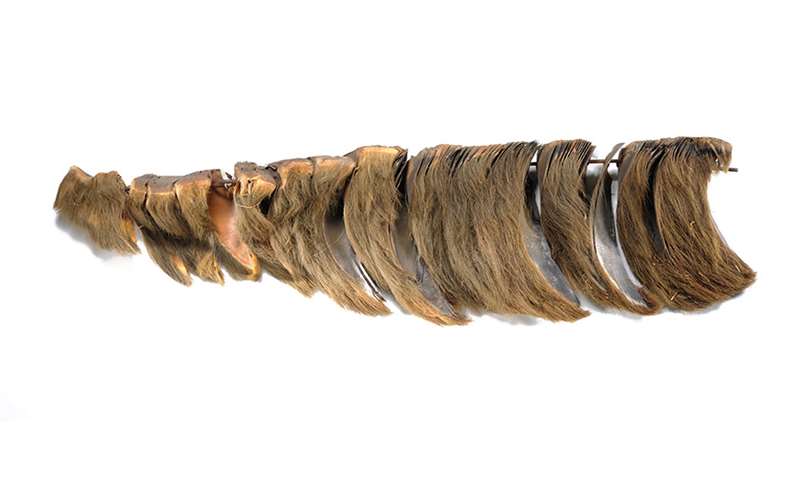 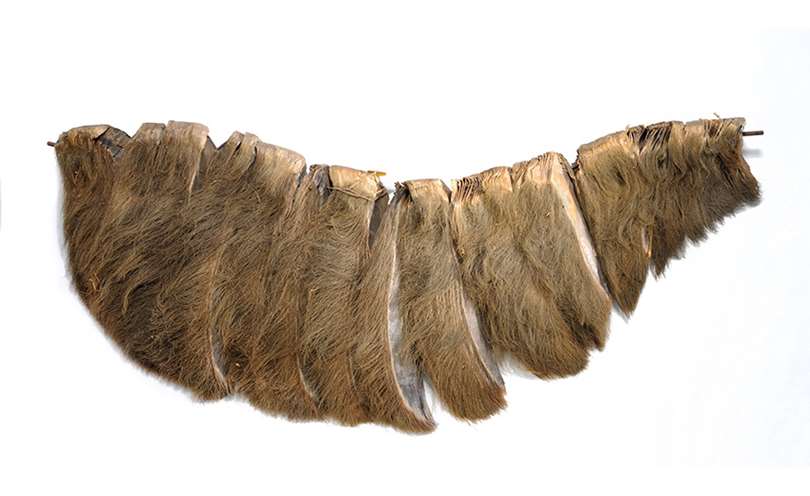 If you have been to the Museum, you probably have seen this 56-foot fin whale skeleton suspended above you. It dates from the late 19th century and was purchased in 1900 by Winfield Scott Stratton, the first millionaire of the Colorado Cripple Creek Gold Rush. The whale was shipped by rail from Coronado Beach, California to Colorado College where it was on display in Palmer Hall. In 1977, the whale skeleton came to the Museum where it has been on display ever since.

The whale's baleen plates, its filter-feeding system composed of keratin (like your fingernails), are housed in the Museum's research collections.