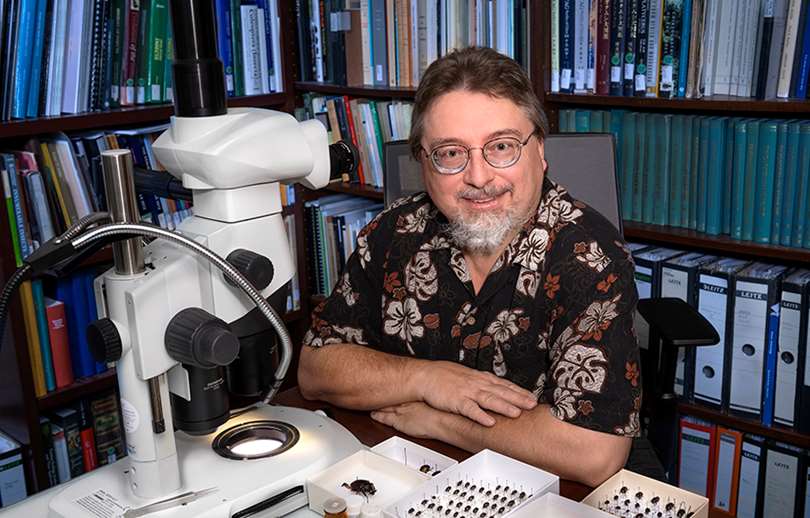 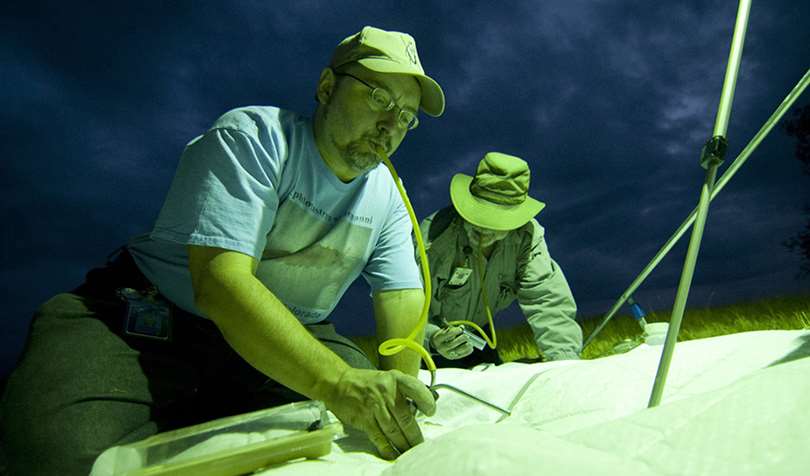 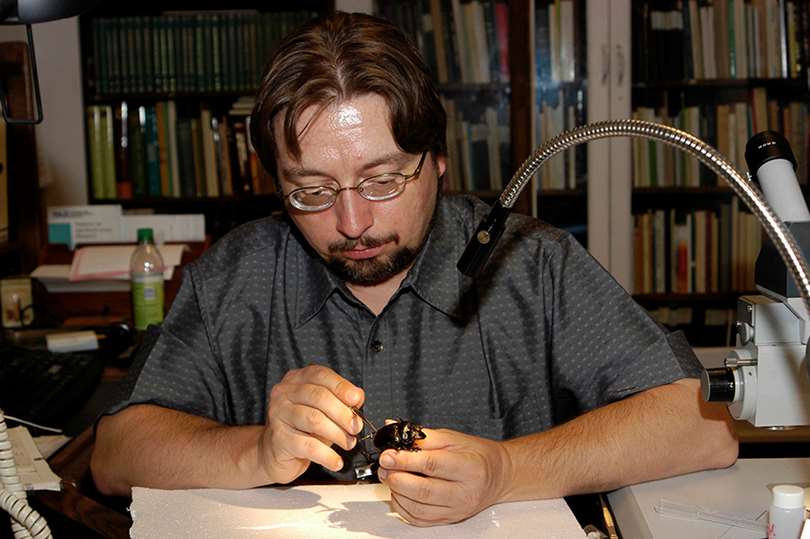 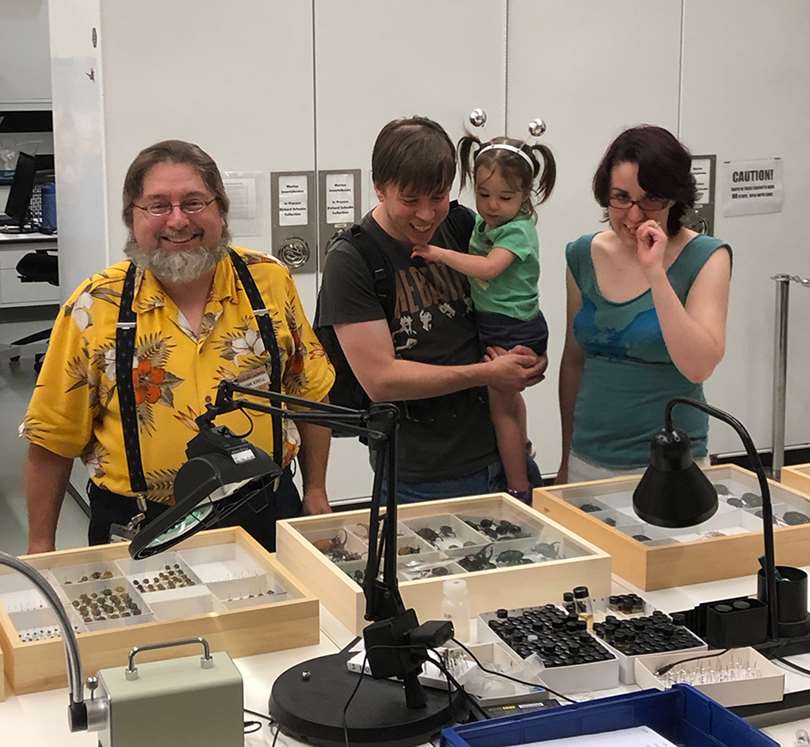 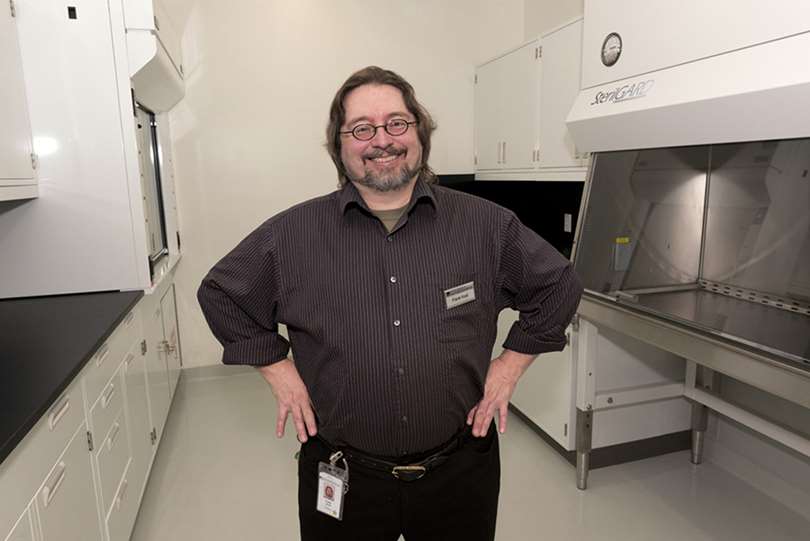 Dr. Frank-T. Krell is the senior curator of entomology at the Museum. His specialty is taxonomy, systematics, ecology, and paleontology of scarab beetles, especially dung beetles. Recording and explaining the high diversity in this insect group, as well as exploring the effects of anthropogenic habitat changes on dung beetle communities, are two main areas of his research. Frank received his diploma in biology (1992) and his doctorate (1996) from the University of Tübingen in Germany. His postdoctoral research took him to the Ivory Coast in West Africa, where he led a project on scarab beetle biodiversity with the University of Würzburg, Germany. After a short period with the Zoological Research Institute and Museum Alexander Koenig in Bonn, Germany, he became a research entomologist with The Natural History Museum, London, UK, in 2000. Before joining the Museum in January 2007, he was the head of the beetle division in London. He has done fieldwork on all continents, except Antarctica, with the main focus on Africa, North America, and Europe. Frank is editor-in-chief of the Denver Museum of Nature & Science Annals and commissioner and councillor of the International Commission on Zoological Nomenclature. 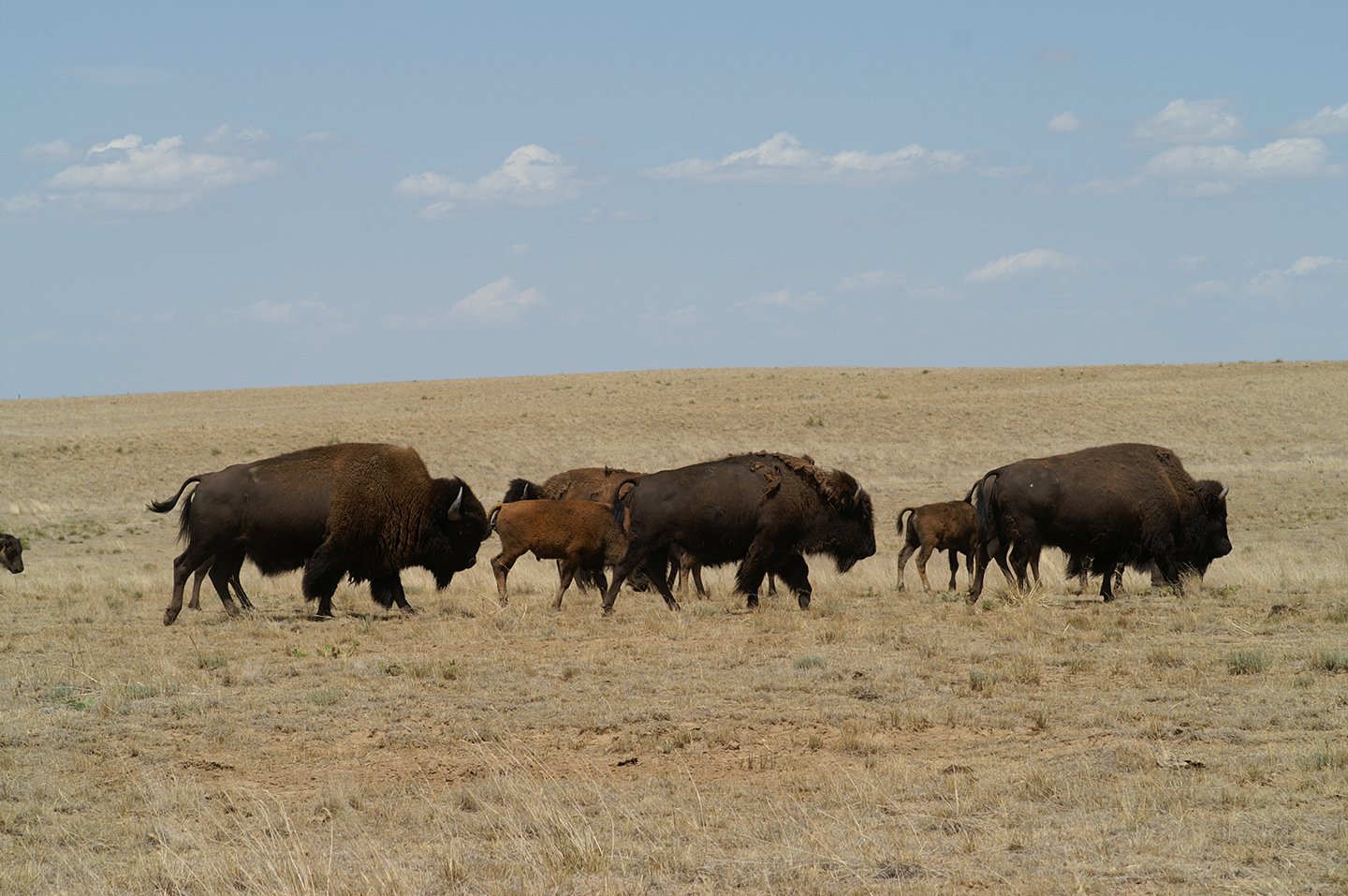 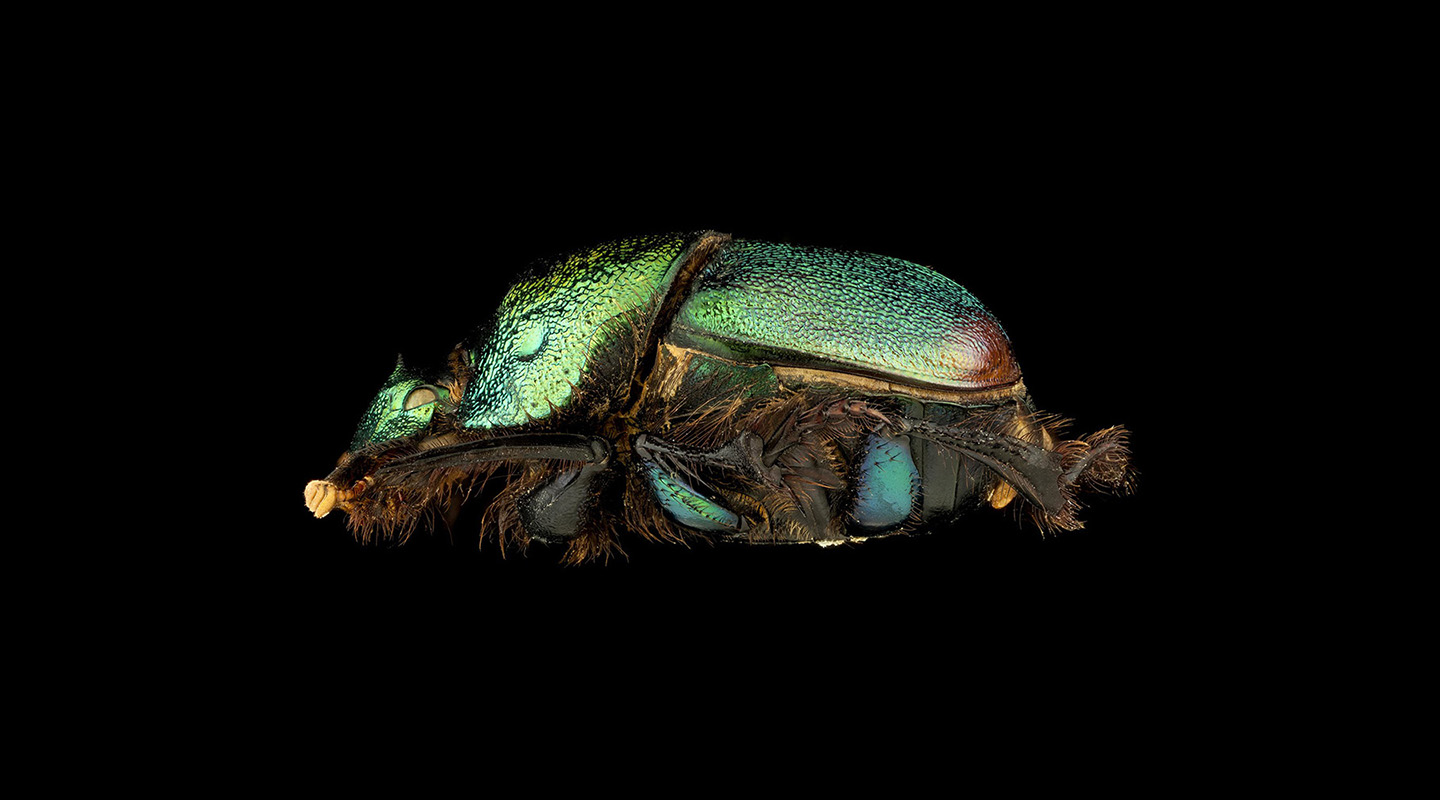 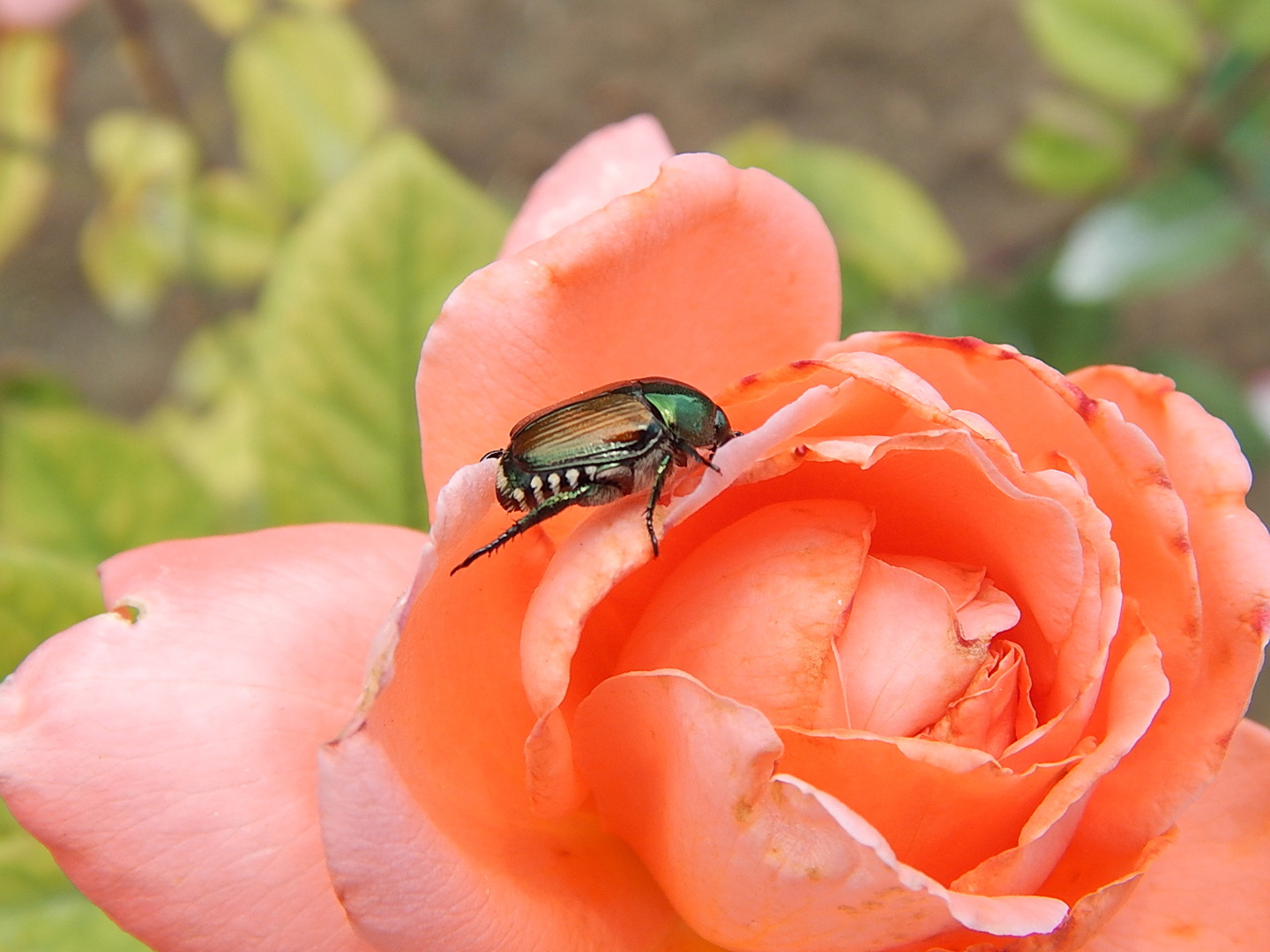 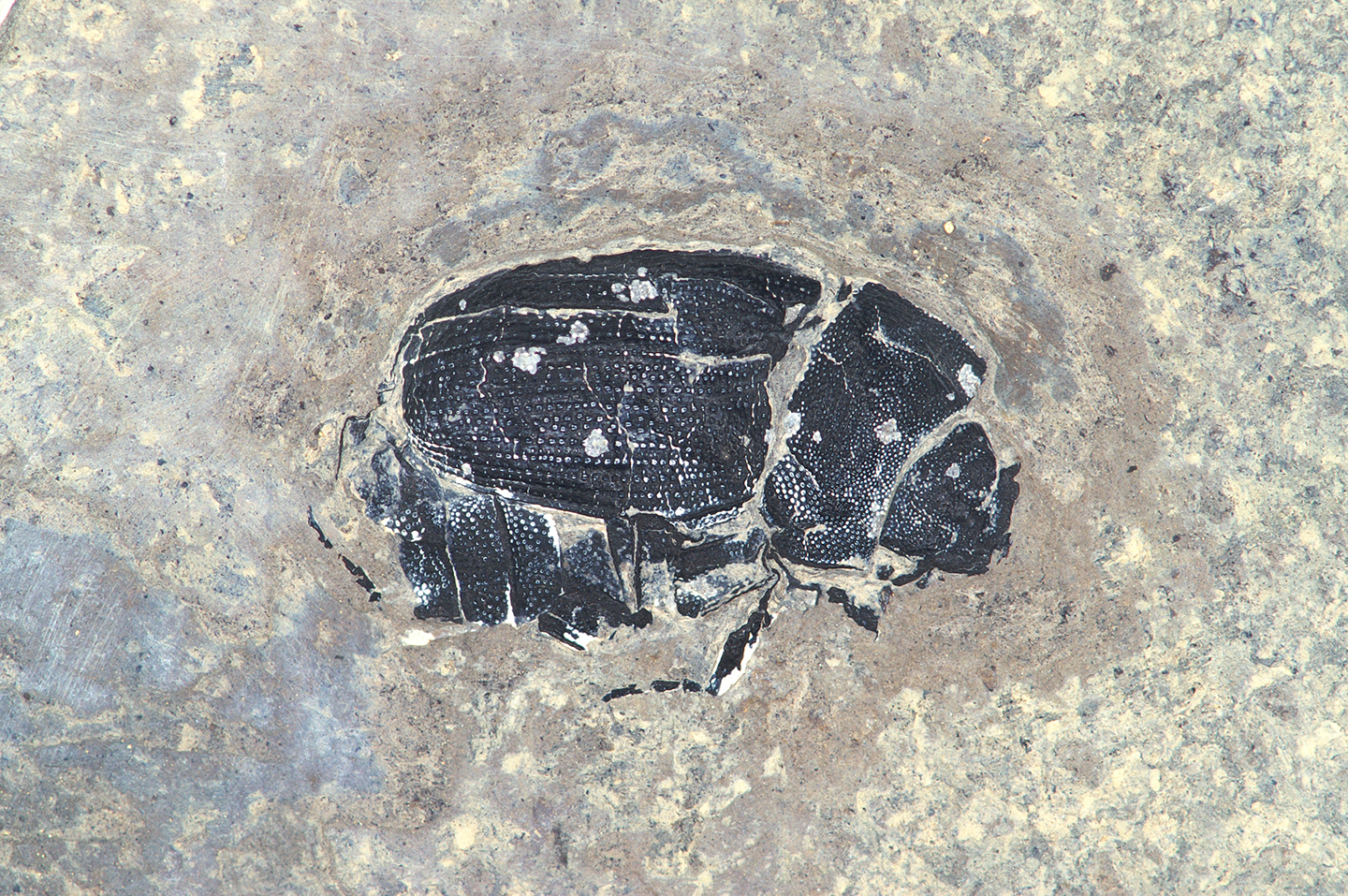 Human Land Use and Dung Beetles 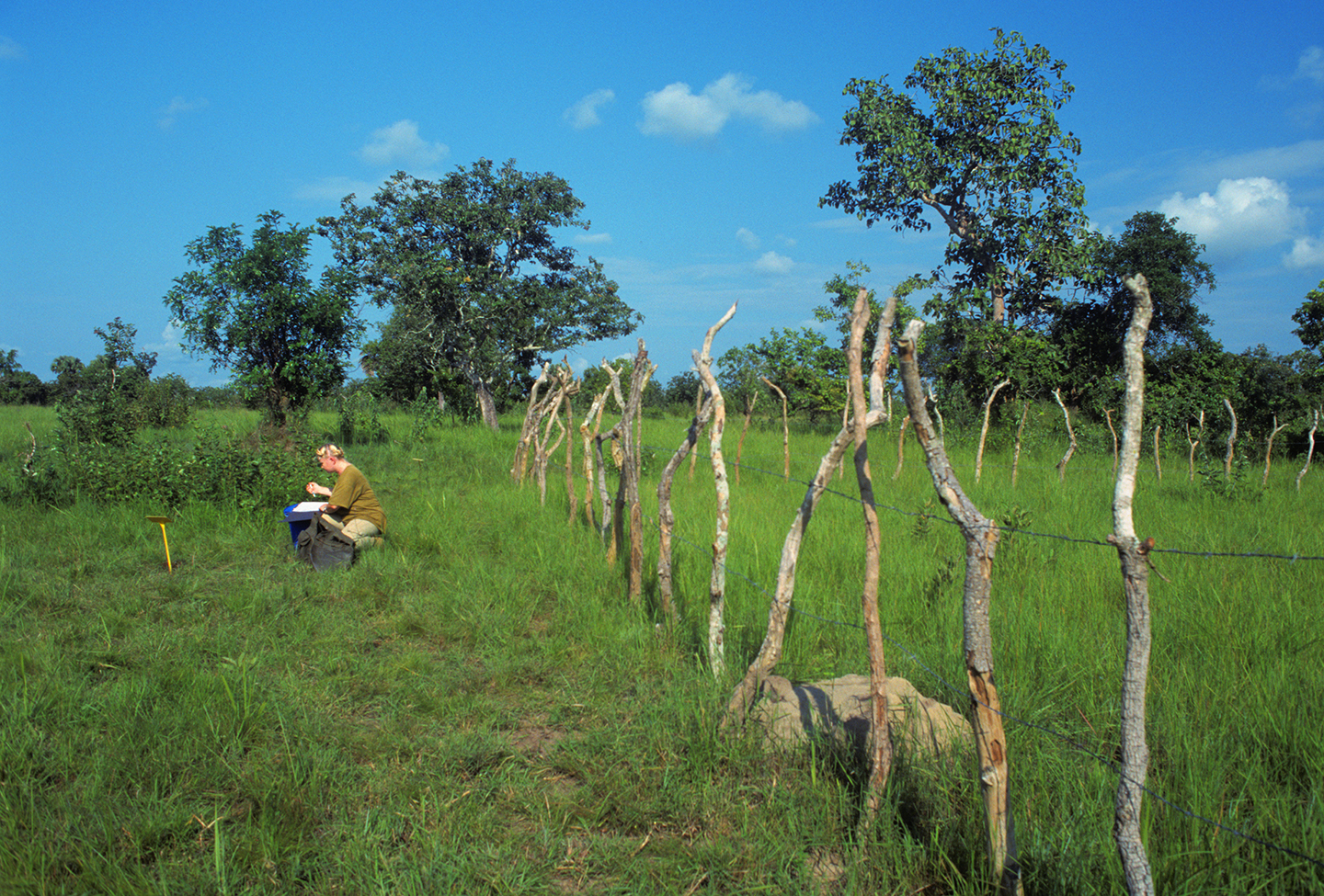 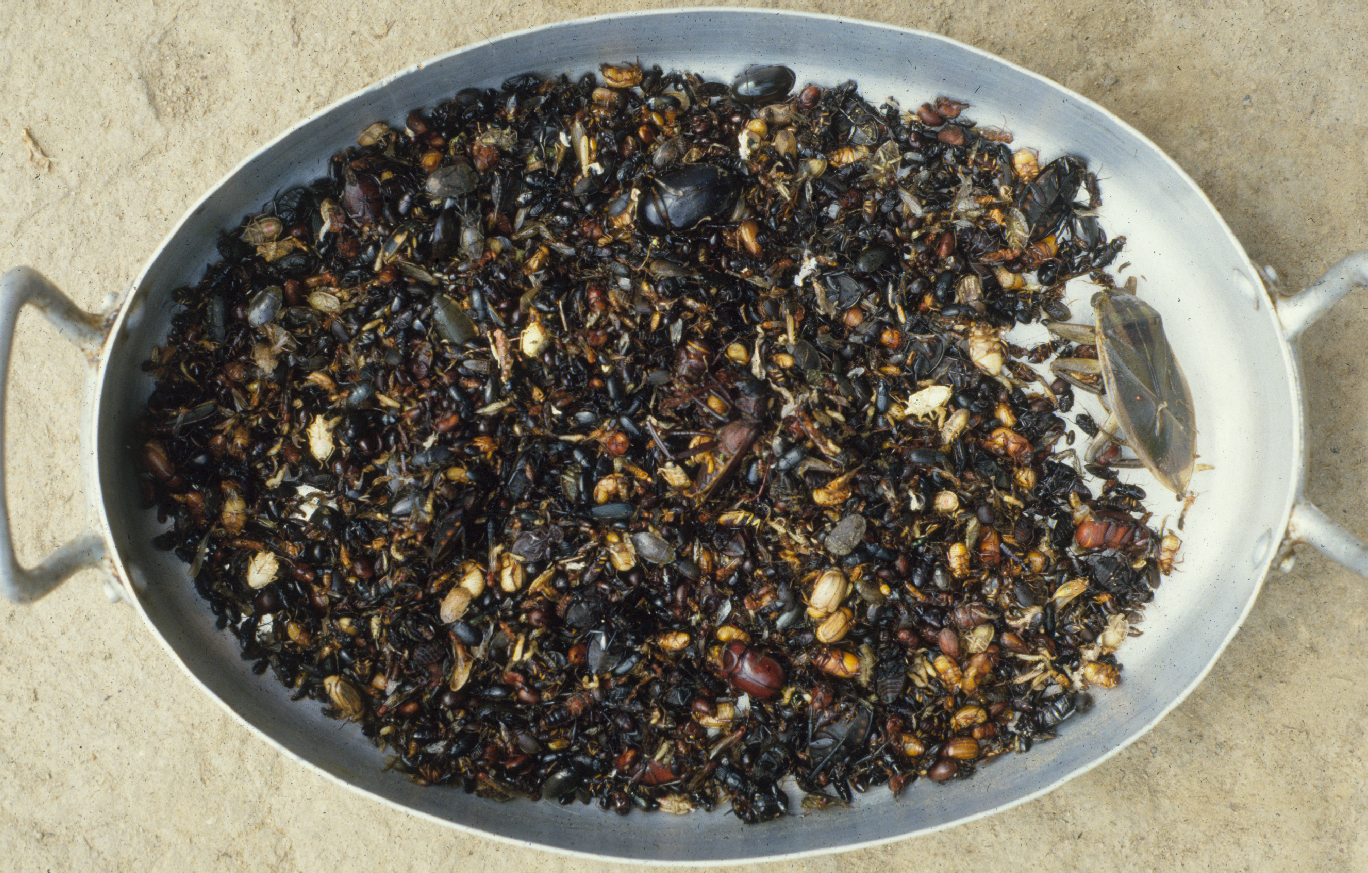 Westcliffe Then and Now 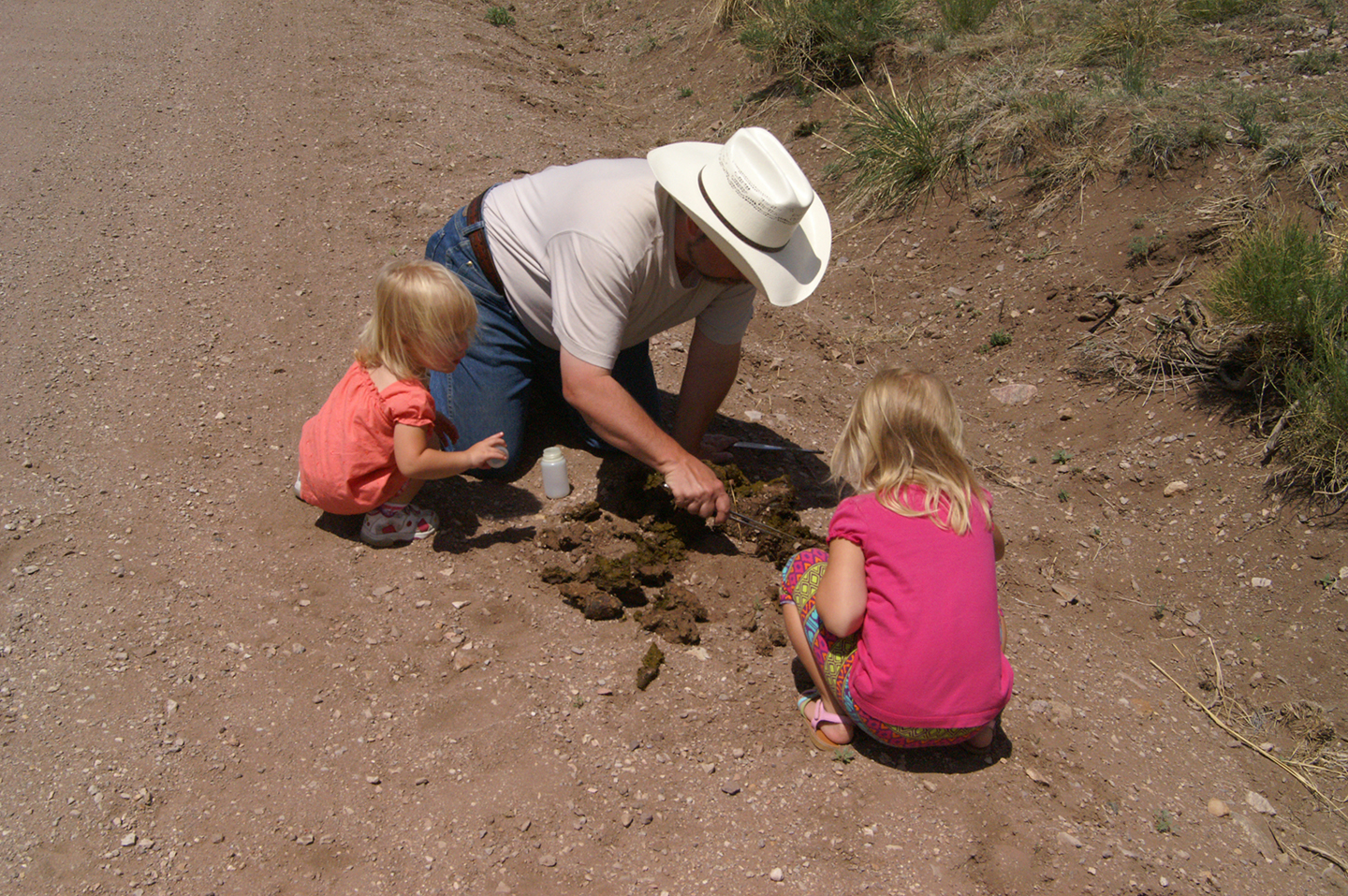 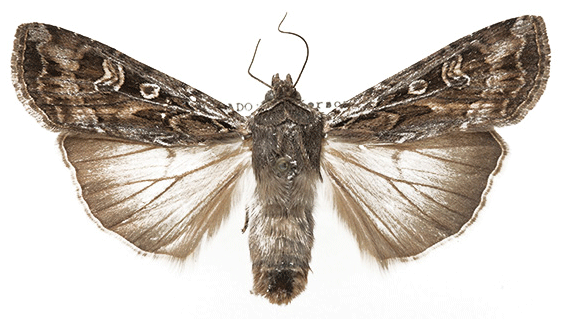 Imagine being in a mountain biking competition in the middle of a dense forest and unruly kids keep sabotaging the signage. You’d get lost! Or worse, you could fall off a cliff. I agree, that was a horrible analogy, but that’s basically what’s happening to miller moths (Acronicta leporina) every year as they migrate east. And you guessed it, humans are those children.

Every year, the miller moths’ migration takes place between mid-May to mid-June and could extend to early July. As they travel, they provide food for birds, bats, predatory insects, and even cats and dogs. When they feed on nectar, they also pollinate flowers on the way. Their journey is also a useful one as miller moths serve as an essential source of food and fat for larger animals, like bears who need every bit of fat available to sustain months of hibernation.

Related video: Miller moths: What are they all about?

However, this migration is often interrupted by humans. As modern construction and civilization have taken over natural habitats, miller moths often get lost during their migration. They get distracted by the moisture of our houses and gardens, and, above all, by artificial lighting, such as lightbulbs. As a result, miller end up being burned, stuck in lamp fixtures, inside homes and buildings, or willingly killed by human-discharged pesticides.

Whether you’re super intrigued or absolutely disgusted by them, miller moths are part of our ecosystem, and it shouldn’t be up to humans to end or interrupt their migration early.

Related: How to avoid interrupting the moth’s migration

Luckily, here at the Denver Museum of Nature & Science, we’re privileged to have Senior Curator of Entomology Frank Krell tell us all about it. Our senior curator explains that there’s an ethical obligation we humans have to let these migratory bugs have a successful and purposeful journey. 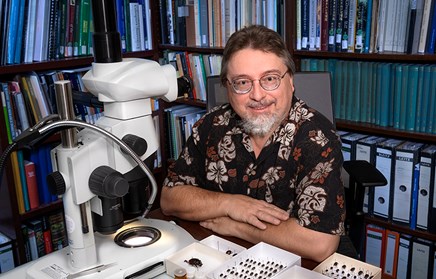 Krell: Moths are insects with four wings covered in scales that mostly fly at night. Butterflies evolved from moths and as such are “specialized moths,” flying during the day.

Related: Check out our Entomology Collection at DMNS

Why are they called miller moths?

Krell: In the old times, millers were always dusty, covered in flour that they produced. When miller moths flutter in our homes and our windows, or when you grab them, they lose scales, and everything gets “dusty.”

Why are they important to our ecosystem?

Krell: Miller moths come in large numbers and have a juicy body containing a lot of nutritional fat. As such, they provide a substantial food source for all sorts of animals, such as birds, bats, bears, predatory insects, etc. They also serve as pollinators when they feed on nectar and fly from flower to flower.

What happens when we sabotage their migration?

Krell: We get annoyed, and the moths often die, and then we get even more annoyed. How dare they intrude into our homes! But we should recognize that they were here long before humans built houses and invented electrical light and irrigation. They have migrated from the eastern plains to the mountains for thousands of years, and suddenly, with the human immigrants’ arrival, they get distracted and involuntarily attracted, and in the end, often killed by our “unnatural” dwellings.

Are Miller moths dangerous to our health, our pets?

Krell: Miller moths are neither dangerous nor poisonous. Our pets like to hunt and eat them. They are nutritious, but I wouldn’t eat one.

Krell: No. We have about 160,000 species of moths on the planet, and only two of them, the casemaking clothes moth and the webbing clothes moth, both much smaller, feed on our clothing. Miller moths don’t.

What can I do to keep them outside my home?

Krell: Miller moths are attracted by light and moisture. Keep your windows closed, seal any cracks in your house, particularly the ones where light comes through, and keep the porch light off. They will still find entryways you haven’t thought of, but if you follow these few rules, you will have much fewer moths in the house.

Once they’re inside, what do I do?

Krell: Let them out. You can touch them. You might have scales or some excretions on your hand afterward, but this washes off easily. If they are dead, throw them out.

When is the migratory season over?

Krell: It is over when all the migrating miller moths came through. The migration takes up to six weeks and starts in May or June. There is also a return migration in the fall, but with much fewer moths. Most of them are eaten by then.

Why are there so many moths in Denver? A scientist explains.