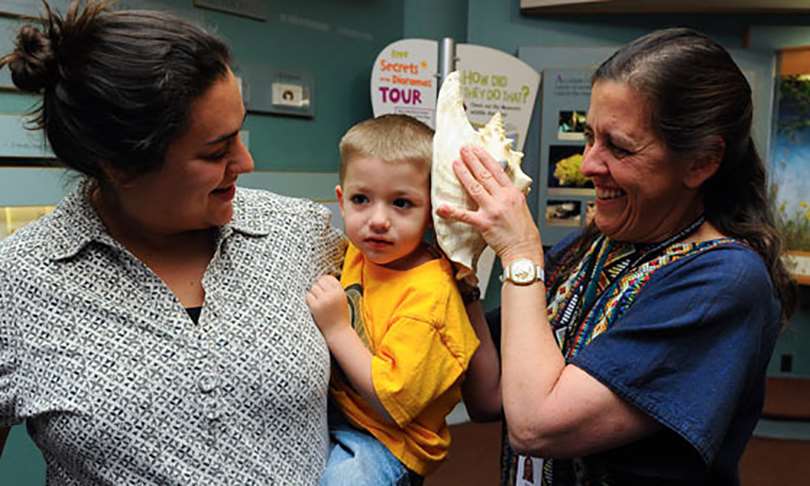 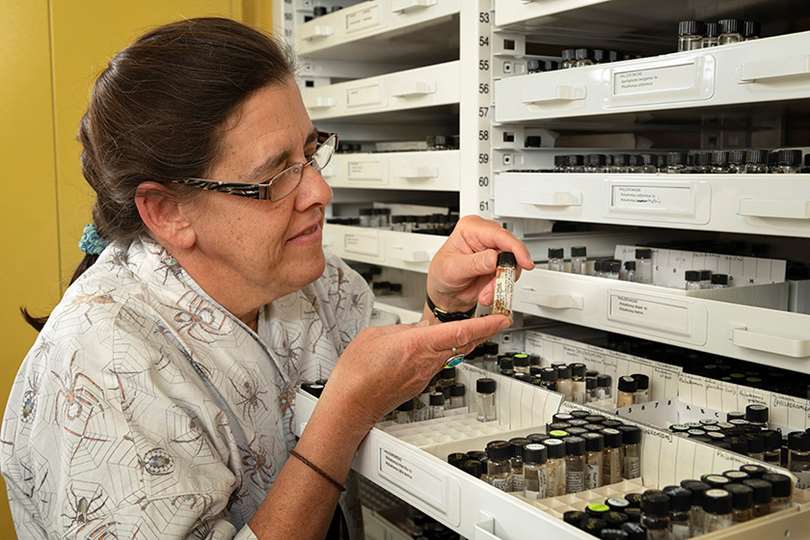 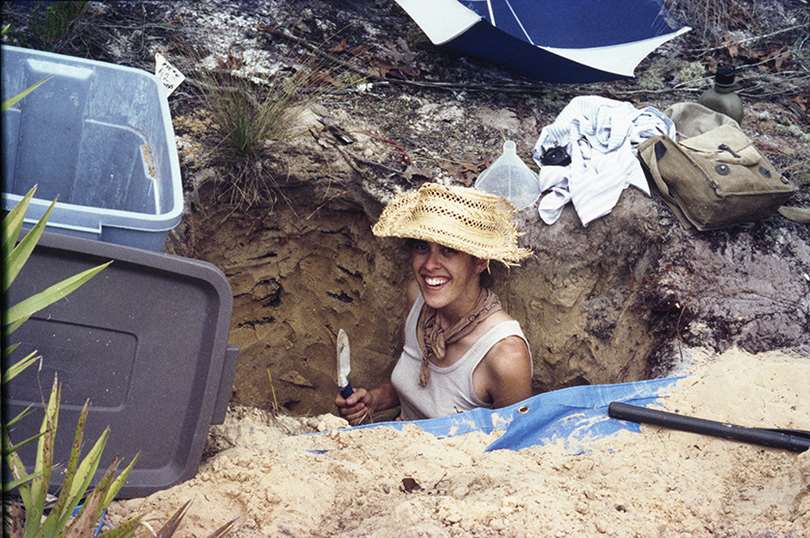 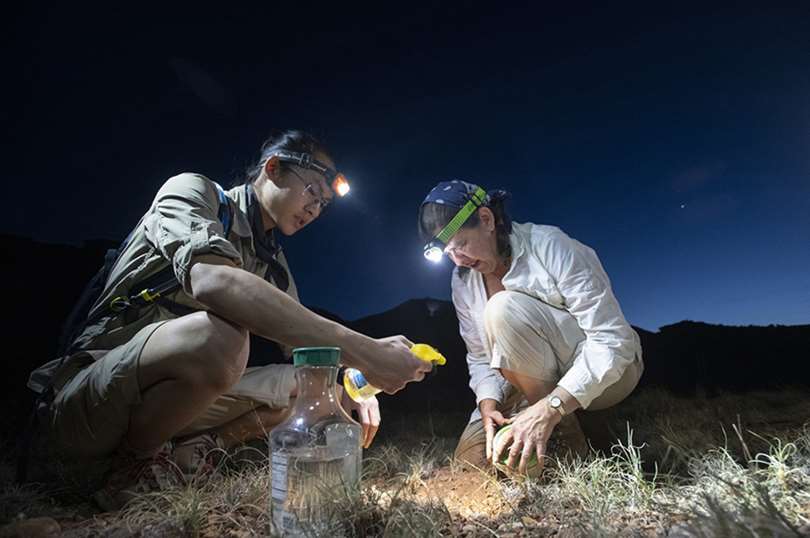 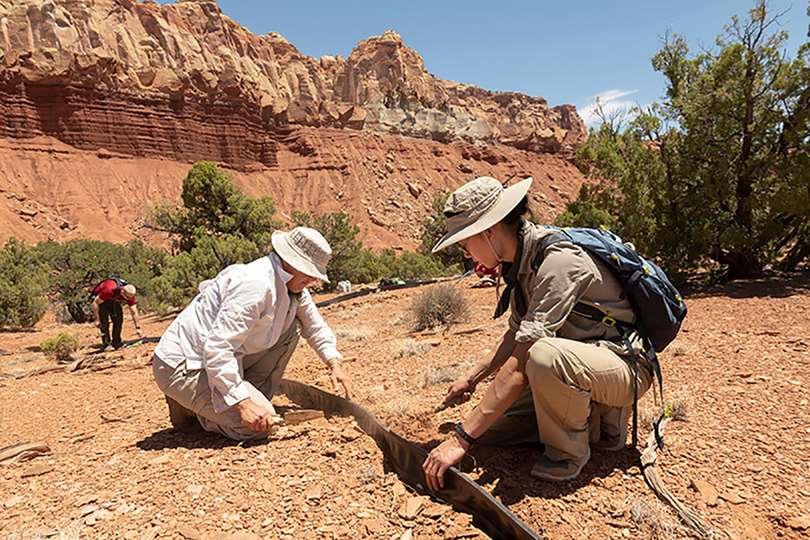 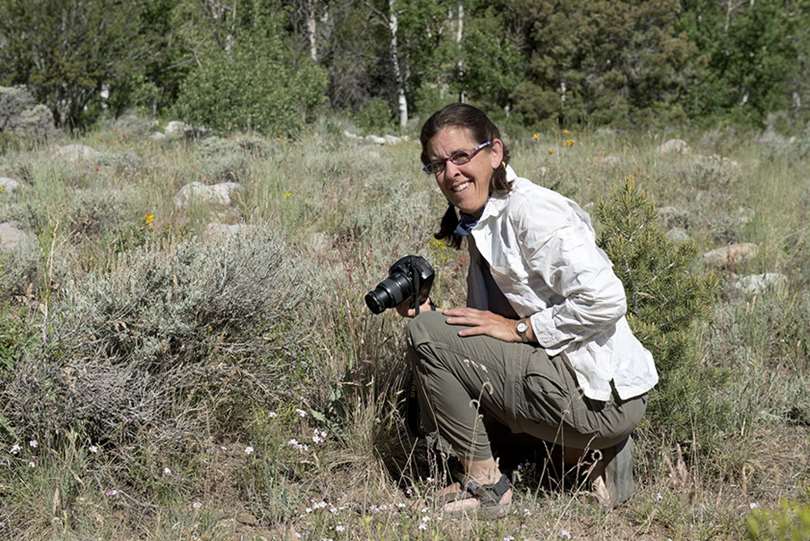 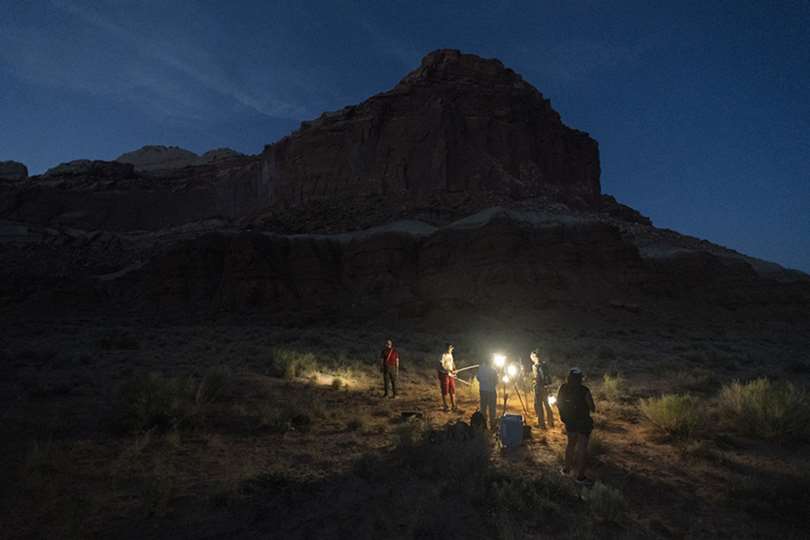 Dr. Paula Cushing is senior curator of invertebrate. She began her position in 1998. She received her PhD from the University of Florida in 1995. She is an evolutionary biologist who studies evolutionary patterns and processes in arachnids (spiders and their kin). Her research focuses on the diversity of spiders in the Rocky Mountain/Great Plains ecoregion (the Colorado Spider Survey). She is also involved with projects exploring the taxonomy, systematics, biogeography, and natural history of spiders, scorpions, and solifuges. She has published on myrmecophilic spiders (spiders that live inside ant colonies) and their evolutionary relationship with the ant hosts. She has done research in all the deserts of the western United States, in Florida, Virginia, Tennessee, Kentucky, Mexico, Puerto Rico, Panama, and India. Paula’s current research focus is on arachnids in the order Solifugae, commonly called camel spiders. She and her students are exploring the systematics, taxonomy, morphology, and behavior of camel spiders in the North American family Eremobatidae. She has served as the co-advisor on the graduate committees of master of science and PhD students at various universities. She is also coordinating the collections and research efforts of several Museum volunteers. Paula is very involved with the American Arachnological Society and the International Society of Arachnology. 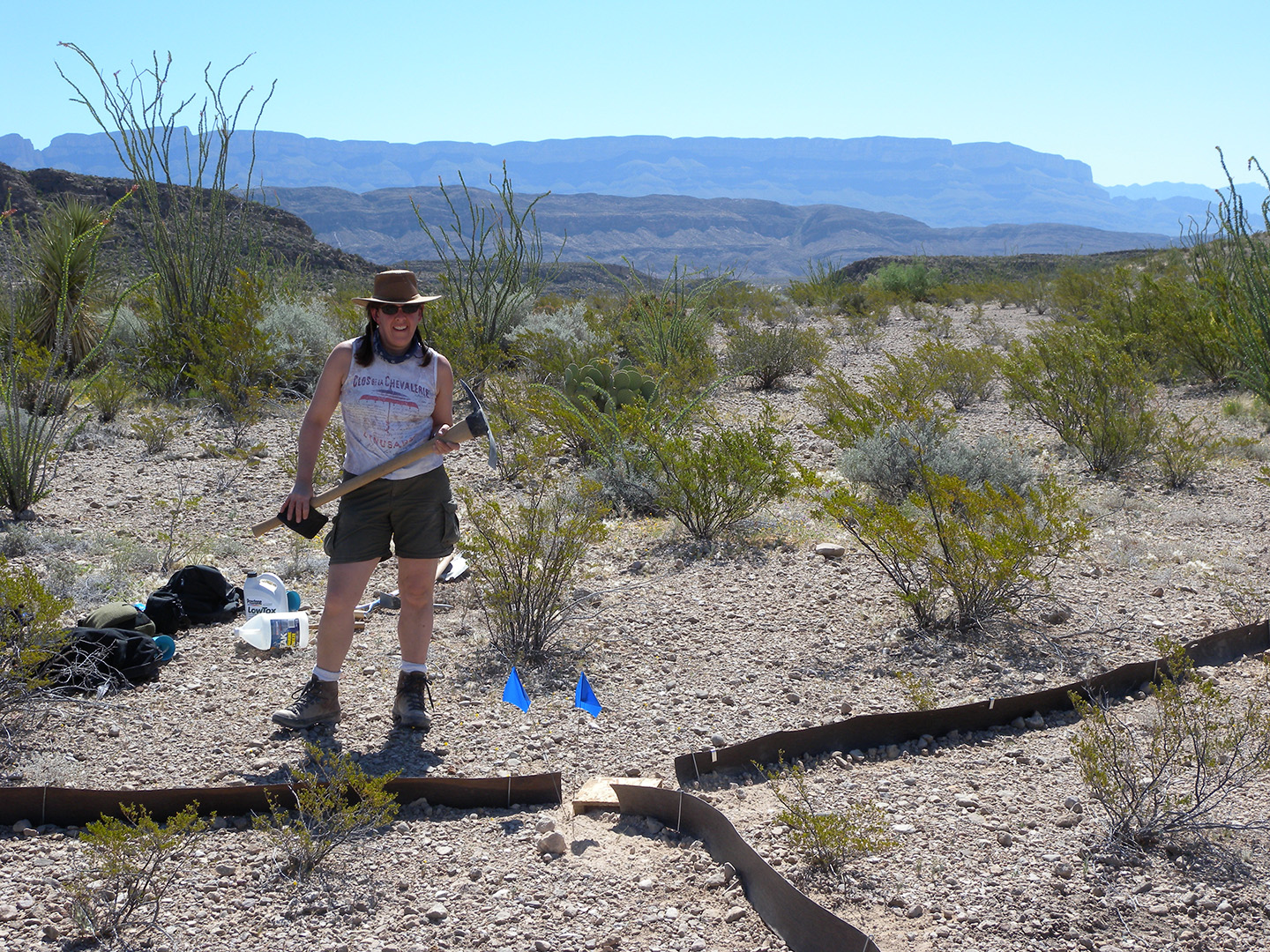 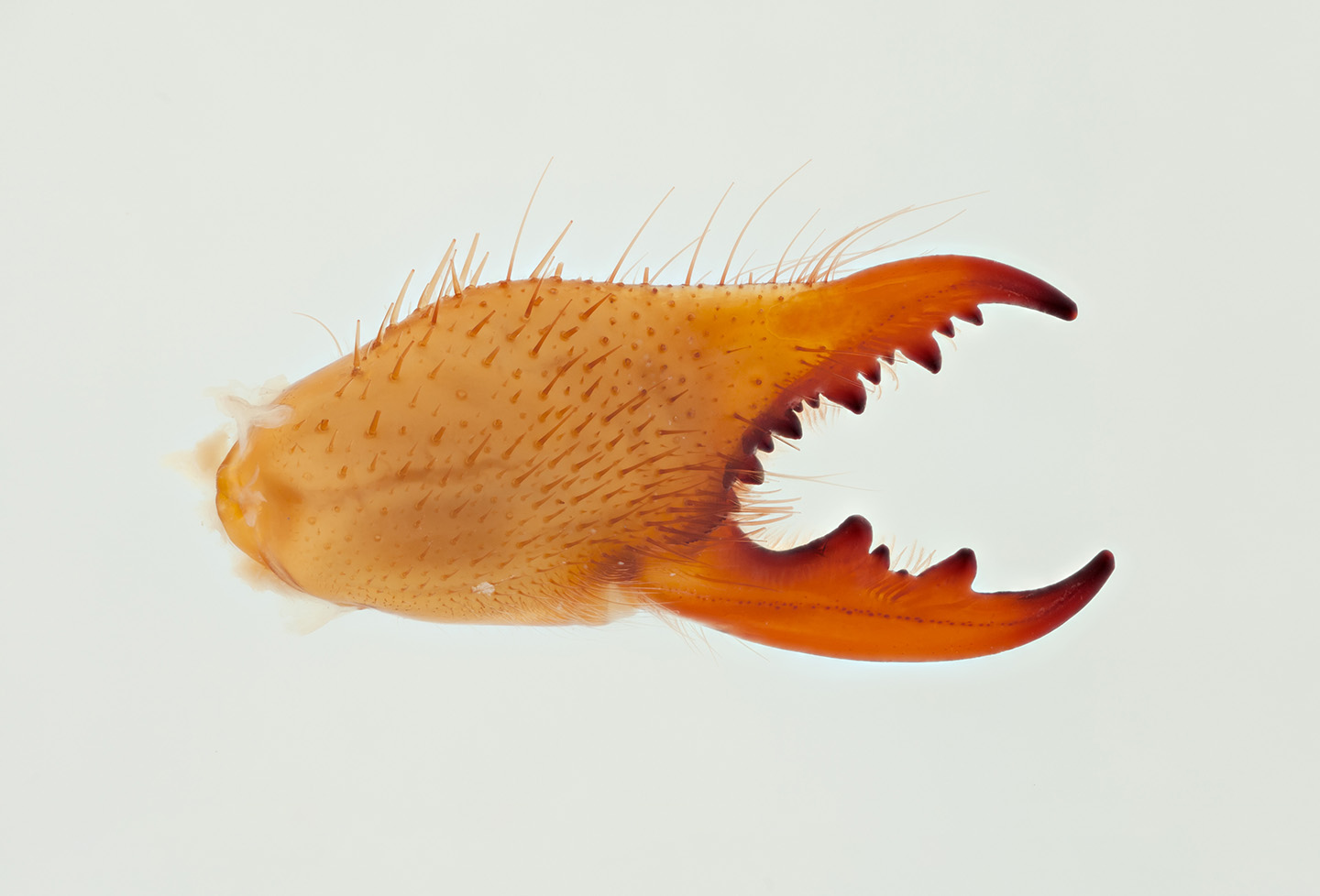 Science Division Live: Spiders-Ask Me Anything

While some people might run the other way at the sight of a spider, Dr. Paula Cushing gets excited. Dr. Cushing’s research focuses on arachnids, a class of eight-legged animals that includes spiders, daddy longlegs, and scorpions. Her research explores the evolution, diversity, and behavior of arachnids in Colorado and beyond.

Camel Spiders: Neither Camels, nor Spiders

Although in western cultures, such as the United States, Canada, and Western Europe, entomophagy (eating insects) is considered peculiar at best and disgusting at worst, our cultures are actually in the minority. 80% of cultures worldwide regularly include insects and other arthropods in their diet. Dr Paula Cushing talks about entomophagy and what influences what we eat.

Have you wondered why it is so tough to social distance with fellow humans? Do you live alone and are you going stir crazy without human contact? Join DMNS evolutionary biologist, Dr. Paula Cushing, and University of Colorado, Biological Anthropologist, Dr. Charles Musiba as they discuss why social distancing and social isolation in this time of a pandemic might be such a challenge for many people.