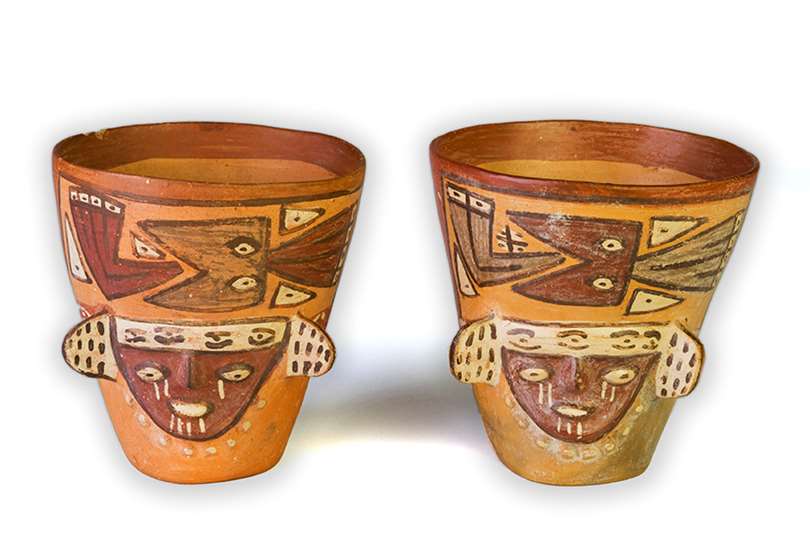 A Kero is an ancient South America ceremonial cup. Keros were often made in pairs and used for drinking chicha—corn beer—in political and religious rituals. In Inca times, the Inca king would exchange a divine toast with his “father” the sun. The symbolic exchange of “sharing a drink” permeated all levels of society. Rulers used them to formalize political agreements and commoners in religious ceremonies around fertility. In many ways, this practice is not so different from sharing a drink—in good and bad times— with friends and colleagues today.