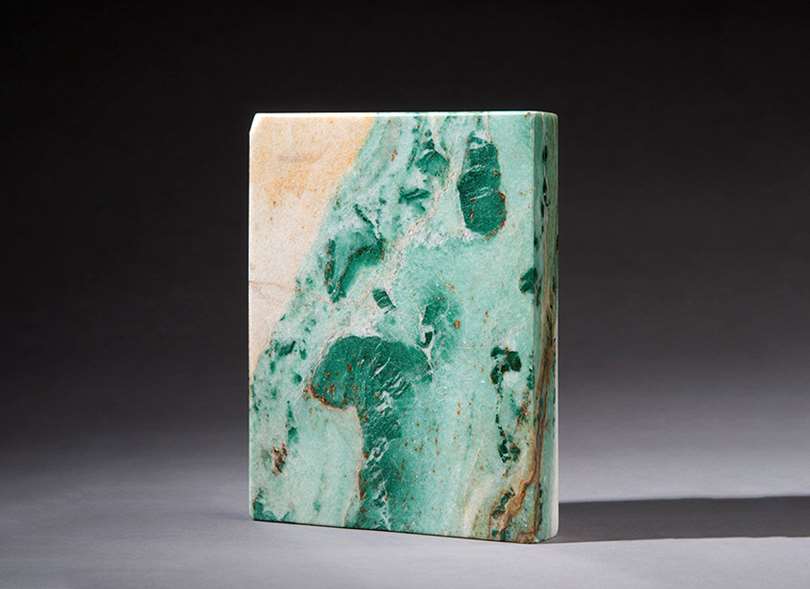 Formed when subterranean magma baked an ancient reef, this limey rock became harder and intricately crystalline in the process, eventually transforming into marble. Conditions were just right, and its crystals became nearly snow white, making the perfect building stone. Rarely, like this specimen, subterranean cracks in the rock became stained bright green. Mined at nearly 9,500 feet, Colorado’s yule marble has been used for the Lincoln Memorial, Tomb of the Unknown Soldier, and many other iconic buildings across the nation. 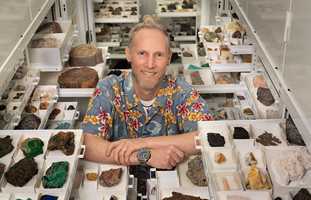